How the world’s newest multinationals are doing things differently: why you can’t ignore the new rules of business 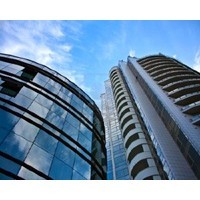 It has for some time been a truism that if you want to see the division of world power, you need to look beyond the map of nation-states. A slew of multinational corporations have annual gross incomes that exceed the GNP of entire nations. Moreover, though they don’t have a seat at the United Nations, these corporations arguably wield much greater power than many nations on the world stage.

The familiar story of the rise of multinational corporations focuses on the usual suspects: longstanding powerhouses, mostly based in the United States and Western Europe, like Walmart, IBM, General Electric, Exxon, BP and Volkswagen. Japan’s massive post-WWII investment in modernisation allowed it to become a leader in the automobile and electronics industries.

In the last 20 years, that story – and the multinational map of corporate power, as it were – has undergone a fundamental shift: away from established companies in the developed world and toward ambitious upstarts in the developing world. In their book Emerging Markets Rule: Growth Strategies of the New Global Giants, Wharton management professor Mauro Guillén and co-author Esteban García-Canal shine needed light on this new twist in the story, one that has been largely underreported in the mainstream press.

When Forbes first published its Global 2000 list in 2003, the United States, Japan and the United Kingdom dominated. By 2012, emerging markets had broken that stronghold in a big way, in many cases leapfrogging established players like AT&T, Gulfstream and Sara Lee. Emerging market multinationals (EMMs) are now at the top of markets as varied as household appliances, ready-mix concrete, seamless tubes for oil drilling, regional jets, meat, bread and candy. Yet recognition of this trend has been spotty at best. In 2010, for example, the Chinese battery and electric automaker BYD topped Bloomberg Businessweek‘s Tech 100 list. Warren Buffett was so impressed he took a 10% stake in the company. Yet a March 2012 search of the previous year turned up only one mention in the New York Times, while the 98th-ranked firm, California-based VMWare, showed 1100 results for the same period.

What exactly is an ‘emerging market’? A 2010 article in Forbes by Tarun Khanna and Krishna Palepu of Harvard Business School (authors of the book Winning in Emerging Markets) summarises the history and essential features of emerging markets. The term was first coined in 1981 by economists at the International Finance Corporation. In sum, it denotes countries and markets playing catch-up: nations with an undeveloped industrial base and infrastructure on the one hand, but a rapid rate of growth (usually exceeding that of developed nations) on the other hand. In addition, emerging markets are often distinguished by some level of political and institutional instability, and ongoing demographic growth.

Definitions aside, the dramatic surge of EMMs certainly represents a sizable geopolitical shift. Yet just as significant as the fact of companies in developing countries asserting global dominance are the methods by which they have done so. This is a revolution not just in who but in how. EMMs have made their mark by moving boldly, swiftly, strategically and often stealthily; by nimbly negotiating the often volatile political and economic landscapes of other emerging markets; and by treating joint ventures and other initial forays into acquisition and expansion as learning experiences. This approach, the authors contend, stands in stark contrast to the more plodding, rigid, top-down methods traditionally employed by entrenched multinationals.

Guillén and García-Canal suggest a number of reasons why EMMs as a group seem to exhibit a different approach, and an entirely different institutional culture. Most of these companies, and their owners, cut their teeth in environments characterised by political and institutional instability, and a range of limitations in infrastructure, technology and capital. Early on, they learned to make more out of less and to be comfortable with risk, volatility and uncertainty. As well, many are either family- or government-owned, are free from the second-guessing of stockholders, and thus able to keep their eyes on the long-term prize, even if their strategy results in some short-term bumps in the road.

Strategising on the go

Based on their 20-year study of EMMs, Guillén and García-Canal have distilled seven ‘axioms’ that for them define the 21st century way of global business. None is more important than the first: ‘Execute, strategise, then execute again.’ These simple words imply two of the book’s central themes: that execution is of primary importance and that the best strategy emerges organically from practical experience on the ground.

Among old-guard companies, the authors argue, strategising has become both a ritual and a crutch. Not only do managers ‘agonise’ over formulating the perfect strategy; once they think they’ve found it, they become infatuated with it, clinging to it even in the face of rapidly changing circumstances. They cite Benetton and Matsushita as “examples of companies with strategising run amok”. Benetton, a trendy Italian clothing designer, launched a number of high-profile, edgy campaigns in an effort to crack the American market – all incomplete successes at best. The Japanese electronics firm Matsushita (now known as Panasonic) developed a once highly touted 250-year strategic plan – but then lost ground in the marketplace due to insufficient attention to detail.

By contrast, the Mexican company Bimbo challenged and eventually overtook established power Sara Lee in the bread business through relentless attention to operational detail. Faced with an uphill battle, the Mexican upstart knew its only chance was to win the battle of execution. Because bread is a commodity in which freshness and timing are of the essence, Bimbo computerised its distribution network in a way Sara Lee never had. On the other hand, in expanding to China, the company deployed tricycles in order to make timely deliveries to older parts of town with streets too narrow to accommodate trucks. Bimbo executives aggressively embraced a trial-and-error approach in their expansion to China and other markets — a process, in the words of one manager: “Full of learning, unlearning, experiences, challenges and failures.” Guillén and García-Canal call this “strategy wrapped around implementation…. You execute to figure out what strategy works, and then you pursue it relentlessly by focusing on execution itself.”

The Trojan horse of niche markets

Harkening to the guerrilla tactics first set out in Sun Tzu’s The Art of War, Guillén and García-Canal view highly targeted niche markets as a kind of stealth weapon allowing emerging market upstarts to gain a toehold in the competitive and often more saturated markets of developed countries. Established companies, they say, often neglect or fail to adequately serve these narrow markets. Having dismissed such markets as of marginal importance, they are not alarmed when a hungry overseas competitor sets up shop in their own backyard by entering an underserved niche. “They see an annoying gnat, not a Trojan horse using the path of least resistance to take over the stronghold of an established brand.”