Women at the top: Never mind the quotas, develop the pipeline 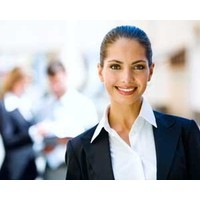 For many years the first line of defence in arguing for increased female participation in senior ranks of organisations has been making the business case. A key plank of this rationale is the apparent evidence showing a direct link between more women on boards and improved financial performance. This is usually backed by references to a couple of well-known studies by international consulting firms.

Superficially attractive and well-intentioned as this argument may be, it is actually in need of more rigorous analysis and could even be counter-productive, according to professor Renée Adams, the Commonwealth Bank of Australia (CBA) chair in finance at the Australian School of Business.

In fact, many of the links between increased women’s participation and financial outcomes are a correlation and not causal, Adams says. In a 2009 US study, Women in the boardroom and their impact on governance and performance, Adams and co-author Daniel Ferreira examined the idea that firms with more women have better performance and this outcome is because of the women.

It’s a finding, Adams argues, that simply lacks robustness and doesn’t hold at all when thoroughly tested.

Certainly, the research revealed that women behave differently to men on boards, including posting better attendance records, and even influencing male directors to turn up more often. There are other effects too – for example, when women are present there are larger equity components in remuneration, and CEO turnover is more sensitive to performance. But the presence of women cannot be directly linked to producing better overall results, Adams says.

“Governance is different if you have more women on the board, but in performance results if you do anything to try to address the causality issue then that positive effect goes away,” Adams explains.
“How does it make sense that a board seems tougher but… performance doesn’t always improve? It’s not clear that tougher boards are better – some will be and some won’t. So the claim that women are automatically associated with improved performance is wrong.”

Expecting female directors to produce better financial outcomes could also have negative repercussions for them, because it creates unrealistic expectations of these women, who are often in a minority, Adams points out.

Carolyn Kay, a non-executive director of CBA gives more weight to these studies. She says they have been compiled by well-credentialed organisations, such as Harvard and McKinsey & Co, and show a positive correlation between a large number of women at senior levels of organisations and companies’ performances.

And there are similar studies about companies with a strong track record in other areas, such as health and safety and corporate social responsibility. They may not show a causal link but they reflect the common characteristics of well-run organisations that create value, including adaptability, sourcing the optimal workforce, agility, inclusiveness and respect for employees and other stakeholders.

“I do believe that we have reached a point that at a minimum it is generally accepted that an organisation should aim for diversity in its workforce to tap into all the available talent, bringing together different experiences and skills to achieve better outcomes and to reflect the community that it exists in,” Kay says.

She points out that the benefits of more gender balance are broader than financial indicators. This is starting to filter into management thinking, and steps such as the voluntary ASX diversity reporting regime, for example, are having an important impact beyond providing a set of data.

“The ASX Diversity Guidelines are a great step forward because it puts the topic squarely on the agenda of senior management and board. For a company to reach a position where it has formulated a public statement about a policy, there would be a significant amount of analysis, including valuable data gathering, and discussion,” Kay says.

“CBA is very focused on diversity and last year the bank was proud to win the prestigious Catalyst Award for its cultural change program and diversity initiatives. There is more work to be done but we are making progress.”

Quotas are no solution

While there has certainly been more organisational activity in addressing gender gaps in recent years, there’s a variety of views in business on whether legislated quotas for women on boards should be considered if progress remains sluggish. But Adams believes that quotas are not a solution to the systemic problems for women in the workforce.

“What are the barriers to full-time participation by women? Policy shouldn’t be fixing the top but from the bottom up. I really think the policy [to attract more women on to boards] is misdirected and we need to fix the supply issue, and why women are not making it through the pipeline,” she says.

According to Adams, women are having problems right across the economy and not just on public company boards.

“People say if you have quotas you have women role models, but why would someone put on a board as the result of a quota be a role model? It’s putting a lot of pressure on women and [meanwhile] childcare is not fixed nor the tax system. People don’t think it through. Diversity is valuable but we have to have better ways of achieving it,” Adams says.

“In our cross-country papers we found none of this [board activity] matters for the representation in management ranks. Targets are a numbers game. And if you look at the big companies it’s one thing – but outside the ASX200 the stats on women are much worse than people say it is.’’

Kay is not a fan of quotas either. “I actually don’t agree with quotas at board level in Australia, yet,” she says. “We are moving forward, albeit slowly, with the number of women on ASX200 boards increasing from an average 8.4% in 2010 to 12.3% at the end of 2012.
When you analyse the numbers though, companies like CBA have three women out of nine directors with others by definition less. Quotas, however, could create negative sentiment and sub-optimal outcomes, and in my opinion are a last resort.”

While Kay believes targets linked to KPIs are an effective measure to achieve real change, there are concerns when these measures are publicly compared. “Companies have different definitions of senior management so we need to find some way of achieving consistency to make inter-company comparison more effective,” she says.

And like Adams, Kay believes the focus should be on making women more visible and moving them through the pipeline, which needs increased and timely support and attention. The slow progress to date probably reflects a number of broad social and organisational factors.

“Is it a question of having underestimated the support women need to succeed at the senior levels of organisations? If they are reaching senior ranks now, they have progressed through a predominantly male structure,” Kay says. “How has this impacted [on] their development, from their perspective and from the perspective of those managing them?

“More broadly, are there structural issues within our society, such as the availability of support in the home, that impede women pursuing their careers with a degree of comfort?  There has been significant focus on this issue and progress in public policy and corporate structures but we are still losing women at senior levels. Why?”

Dismantling some basic gender stereotypes remains a challenge. In research using data from Sweden – Beyond the glass ceiling: does gender matter? – Adams and co-author Patricia Funk found strong evidence to debunk the widespread idea that women are more risk-averse than men.

In her current research, titled Lehman Sisters, Adams is examining whether having more women in major banks could have prevented the GFC. So far she has found that banks with more women in the US didn’t have lower risk. While a mix of people on teams and in decision-making groups is a positive factor, Adams argues there is a need for more scrutiny of the effect.

“I’m a big believer in diversity but it may be valuable in ways that are important but hard to measure,” she says.