How to be a productivity champion 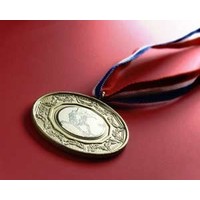 Everyone loves a champion. The Olympic Games are the one time the entire world truly comes together to choose winners and losers. The rules for each activity have varying levels of complexity, but they are well-defined, and involve very precise measurements.

For a few weeks every four years, we all suddenly care about world record times and personal best performances. But above all, it comes down to how many gold medals are won. The recent uproar about the performance of Australia’s swim team should dispel any doubts. The sacrifice barely registers interest: the golden prize is all.

So why is a gold medal the only acceptable measure of Olympic success?

Every medal win is based on a team effort, with years of preparation. It is hard to imagine Australian athletes competing without the huge government investment in training resources and infrastructure. In 2010 alone, the federal government spent $237m on a handful of “elite” athletes, going against an expert report which suggested diverting money into grassroots sports participation programs for the entire community.

I doubt anyone will ever seriously do a thorough productivity analysis of the “elite” athlete program, but it would be a very interesting exercise. Because it is quite clear that the leaders of the program have used enormous resources and failed to produce the outcome that “investors” seem to be demanding.

If nothing else, the Olympics managed to shift TV news bulletins away from politicians spouting economic buzzwords. Apart from some recent attempts at singing, our politicians often seem to hide a lack of substance behind economic fluff. The buzzword that is usually trotted out is, of course, productivity.

The problem with productivity is simple. It is now a dog-whistle – used by lobbyists and politicians to signal anything relating to wages and working conditions.

For many organisations, wage costs are a significant portion of their overall costs. Workforce structure is of course a choice made by executives. Any company can manipulate its wage expenses and FTE through subcontracting and outsourcing.

It should be obvious that lower wage costs by themselves do not necessarily lead to higher productivity.

Simply reducing wage rates might make it harder to attract appropriately-skilled employees. It might also lead to lower output quality and volume, while increasing training costs and employee turnover.

If outsourcing is chosen as a means of reducing the wages bill, then serious strategic planning and workflow analysis needs to be carried out to ensure you don’t simply shift costs and add layers of complexity, resulting in an overall lowering of productivity.

Companies often talk specifically about setting up subsidiaries in foreign locations as a means of reducing wage rates. For many industries there may be a much less complex option. They could try hiring more women.

The latest ABS figures show a huge gap in hourly wage rates between men and women. In the mining industry, the average hourly wage rate for women in non-managerial positions is 19% lower than for men. Perhaps it shouldn’t surprise anyone that only 14% of the mining workforce is female.

To measure productivity seriously is a complex art, and there is an element of subjectivity. It is useful as a method of benchmarking when it can be applied consistently. But the factors that are important can be highly dependent on the organisation.

As you might imagine, the federal government produces reports every year benchmarking service delivery across departments with very diverse operations. Many of these departments produce services that have no revenue attached.

So how is productivity measured?

The federal government has put together standardised productivity frameworks to consistently capture inputs and outcomes. Measurements are made at both a process (workflow) and outcome level. These measurement types allow technical efficiency, cost effectiveness, and overall “program” effectiveness to be measured.

Government organisations place particular emphasis on effectiveness measures – which include quality measures, availability and usage rates, and how appropriate the outcome was to the program situation. Wage costs are of course captured in the technical efficiency measures, and become a factor in a much bigger picture.

Wage rates are easy to measure. It will always be tempting for leaders to rely on the dog-whistle, putting blame for poor performance on wages. By focusing on productivity rather than wages, leaders can improve their visibility of the business, and deliver results that really matter.