How to build a more creative and innovative culture 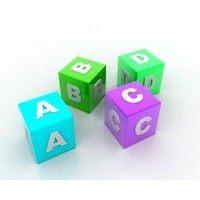 According to a recent BCG report among executives worldwide, 76% stated that innovation was among their top three strategic priorities, while for CEOs it was a staggering 84%.

These results beg the question, how can leaders build a more creative and innovative culture? As it turns out this was the exact question I asked some 88 leaders in my doctoral research during a series of interviews (my thesis was called Designing a Continuously Creative Organisation).

In answering this question leaders tended to adopt the position of what was stopping their team, unit or business from being more creative. In other words, they believed that if they could just remove these barriers then creativity would flourish much like a breach of a dam.

The key barriers they identified were:

However, in my research I wanted to delve more deeply into exactly how leaders could build a more innovative team. After all, if you worked for a large organisation many of the barriers mentioned would always be there.

I asked leaders a different question.

This really opened up the floodgates. Leaders responded by listing the following six attributes they perceive a creative environment to exhibit:

1. Open and receptive to ideas

For many leaders, an open and receptive culture was the very essence of creativity and innovation. This insight has certainly informed my work for the past few years. It is not enough to generate big, new ideas if no one is open or receptive to them. Idea receptivity is equally as important as idea generation.

According to leaders a creative culture is continually testing and experimenting. The tests do not have to be big – in fact smaller, quicker, cheaper tests are the order of the day.

Having an experimental mindset also makes it easier to take risks, which is one of the other key features of a creative culture. Innovation by definition means testing new ideas and approaches, which involves risk-taking, learning and failure. This partly explains why high-achieving managers find even the idea of innovation difficult, as the outcome is not predictable.

Even the most practical and rational leaders also recognise that creating new ideas can only occur when people can relax and enjoy themselves and their work. The outcome may be serious but the process is not.

5. Retaining a focus on results

I found this a surprising result, but truly creative environments place a premium on results. It is not all beer and skittles. Creative people want to have their ideas tested in the marketplace. They need to know what works and what does not.

6. Operating at the ‘edge of chaos’

One of the distinguishing features of a creative culture is a concept which I have borrowed from complexity theory called operating at the ‘edge of chaos’. Although leaders did not use this language they instantly recognised its properties. The edge of chaos means that a living system operates in the dynamic zone between order and randomness. Leaders would talk about giving people freedom but within constraints. And further, they adopted a leadership style of agreeing ‘what’ has to delivered but leaving the ‘how’ to their team members.

These six factors are interdependent and form the ideal creative environment, and are covered in a new course I have developed called Breakthrough Leadership. The successful leaders of the future need to think of their role more as builders and facilitators of a creative environment rather than adopting the traditional command and control mindset.