Harness frustration to improve your business 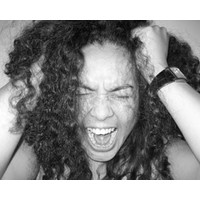 Products and services generally exist because they meet a need. Most often this need is real and tangible and can be readily enunciated.

In some cases, of course, the need may be “constructed” with clever advertising and brand positioning. For example, who really need a Louis Vuitton handbag, as opposed to a $2 Chinese lookalike?

Putting aside the “created needs”, one of the major sources of real opportunity is a widespread activity combined with an observed frustration – very often expressed as a curse.

Listen for the curse

Inventors, entrepreneurs and innovators are very good at spotting opportunities, perhaps listening for frustrations or for a curse, and even solving the underlying problem. However, the one essential ingredient that underpins a successful opportunity that many people fail to understand is its span, or “widespread-ness”.

There is little point is solving a problem for a single person involved in a lone occupation. What is needed is an occupation that is widespread. That, of course, is where widespread opportunities exist.

With this in mind we can create an opportunity matrix that comprises a rectangular grid or array with the fundamentals that underpin an opportunity on the vertical axis, and use a number of thought-provoking “catalysts” arranged on the horizontal axis. One catalyst is frustration – the result is a simple and structured way to identify an opportunity.

Below is a simple scatter graph with the results from the activity of following four people involved in a particular trade over a four-week period.

On the vertical axis we have the number of curses or frustrations observed, and on the horizontal axis, the reason for each of these.

An example of this technique was recently presented at a conference where electricians installing downlights were tracked to observe the frustrations they encountered in undertaking the task.

It was expected that the task of cutting the correct-sized holed in the ceiling and wiring the lights in awkward overhead positions would be the problem, but nonetheless, the tracking was undertaken to gain a complete understand of the issues.

To the surprise of all involved, the real problem observed for a number of contractors was calculating and marking the exact positions of where to cut the ceiling holes. Once the positions were known, it was a simple and relatively short-term task for the contractors to fit the lights.

The outcome was the opportunity for a new set of measuring instruments to facilitate the easy measurement and calculation of the hole positions.

With the advent of a new measuring technique, some 40% of the total installation time was removed from this common task.

The simple point is to identify any widespread activity, then track people involved and capture and plot the frustrations.

You can do this with your staff, with people using your products or services, or with customers or other people.

This is just one way of implementing a structured opportunity search.

Roger La Salle is the creator of the Matrix Thinking™ technique and is widely sought after as an international speaker on innovation, opportunity and business development. He is the author of four books, the director and former CEO of the Innovation Centre of Victoria (INNOVIC) as well as companies in Australian and overseas. He has been responsible for various successful technology start-ups and in 2004 was a regular panellist on the ABC New Inventors TV program. In 2005 he was appointed to the “Chair of Innovation” at The Queens University in Belfast. Roger also chairs two syndicates of the national organisation, The CEO Institute. Matrix Thinking is now used in more than 26 countries and licensed to Deloitte, one of the world’s largest consulting firms.