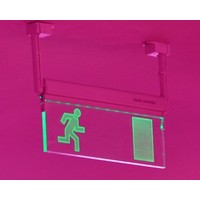 No one likes firing people. But sometimes, it’s necessary. The devastating effect it can have on employee morale means it’s important to do it well.

“It’s not information people take lightly. It needs to be done with dignity and respect.”

There are three groups of people leaders need to keep in mind when terminating employees, Moylan says: those being let go, their colleagues who stay, and the middle managers who do the sacking.

“It’s important to recognise people’s emotions and reactions,” Moylan, who manages Hudson’s outplacement services, says. Outplacement firms are called when an announcement is about to be made and follow up with sacked employees, one-on-one, to help them plot their next step.

Who should bear the bad news?

The best person to do the deed is a direct manager, rather than a human resources team, or via an announcement from corporate communications, he says. “It’s about working through that process professionally. Make sure that people only ever hear the official message from their manager, and information doesn’t get leaked beforehand.”

There are decisions company leaders must make:

Even things like what day of the week to fire on can be significant – if it’s on a Friday and the worker still has a few days of their notice period, the weekend away can cause them to grow anxious about returning on Monday.

“I can tell you, the next morning is a really difficult time for them. No one knows what to say to them [and] they might not look them in the eye. It’s bad enough the very next day; if there’s two days in between, everyone has time to become even more nervous.

“I’ve heard of people being marched out by security and their belongings being placed in a box,” says Moylan. “That’s clearly negative – it’s not going to do [any favours] for what they and the survivors think of organisation.”

Moylan recommends treating people with the same respect they would receive if they had merely resigned from the organisation. This means they still receive a leaving celebration, or a retirement party.

“We did that with someone who worked for us. They were two months short of their 10-year anniversary, where they would have received a watch. We made sure they got the watch.”

With proper support Moylan says retrenched workers can have a manageable time of it.

The main role of outplacement services is to find the sacked worker a new job. “Often they go on to better job. A fair proportion gets better salaries in their next role.”

Those leaving the company are not the only ones affected by redundancies. The survivors, who remain in the organisation, are left in a difficult situation. They’ve lost the people they work with, and their trust in the organisation. If they didn’t see it coming the first time, they can grow anxious about when it will happen next.

“I’ve heard of employees looking for private appointments in manager’s diaries; stuff like that can make them really nervous,” says Moylan. “When they’re feeling like that you don’t get engagement or productivity.”

Redundancies can provoke resignations from people who become dissatisfied with their jobs or feel they can’t work there anymore.

One question likely to be raised by those who survive is whether or not they’re next, and leaders can never guarantee there won’t be more firings.

“What you should be trying to do is try to consolidate it into fewer announcements. It’s better to have one big announcements rather than rolling cuts.”

The third group is one often overlooked: the managers who’ve had to deliver the message.

“We call them the executioners,” says Moylan.

They see the effects on the two other groups, but they’re survivors as well. Often they’ve had to deliver a message based on a decision they didn’t make. They’ve been told to trim. They’ve seen their colleagues break down and cry.

Is your message clear?

Conveying the wrong messages to remaining staff can undermine trust in middle managers.

“If [middle managers] go to [staff] and try to explain it as ‘I had no control over this; I was told what to do by head office’, then it has a compounding impact. Their underlings lose trust. They go, ‘Hang on! That was my boss who I thought would protect me [and] they’ve just told me they have no sway whatsoever’.”

For listed companies, there is another factor. “They normally announce a broad program, say, to lose 2000 people before the end of the financial year,” says Moylan.

“There are negative consequences of that – the anxiety and the nervousness when people don’t know what’s going on. That’s normally what creates a problem.

“My rule of thumb is that humans are amazing creatures – we’re super-resilient. We can deal with [being sacked]. We don’t like it, we might get angry or upset, but ultimately we deal and move on with our lives.

“It’s the uncertainty – the not knowing – that we can’t deal with. We get anxious and stressed.

“That’s when we gossip and listen to rumours, and create our own version of events to fill in the gaps.”

Where insolvency practitioners come in

Insolvency practitioners face more barriers than most in retaining the trust of staff through a redundancy round – even if they see a bright future for the company.

Dealing sensitively with redundancies is vital for ‘turnaround practitioners’ – the insolvency experts who go into a company on the skids to make them profitable and viable again.

Schon Condon of Condon Associates is one such expert. He says if his practise has taught him one thing, it’s that the situation must be controlled.  “There’s no point in running in, and making statements you’ll regret. It’s better to go in and say ‘I’m here, hold on’, and work on a timetable of providing manageable feedback.”

Schon says redundancies test leaders, but dealing with them is an important responsibility.

“The problem with a lot of recent corporate leadership is it’s very easy to lead something that’s winning,” he says. “It’s not so easy to be the same leader through difficult times. I believe you need to be a leader for all seasons.”

Staff morale and dedication is crucial to a functioning business, but it rarely holds through a difficult period. “There are certainly some people who will become totally introspective,” says Condon. “Often they’ll go away on their own. Sometimes they walk out the door the minute you arrive.

“But for most of them, if there’s glimmer of hope they can believe in. They’ll stay and make the best of it.”

Condon says the insolvency profession is widely mistrusted and misunderstood, which makes up-front, honest behaviour from the start even more important.

Asked how he regains the trust of workers after a round of redundancies, he responds: “by not losing it in the first place.”

“If there are no employees there’s no business,” he says. “If everyone walks out the door, there’ll be no business left.”