How to spin economics, both here and in China 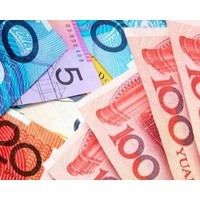 There are some lessons in how to spin economics floating around at the moment, for those willing to learn them.

New Treasurer Chris Bowen will be painfully aware that Wayne Swan, despite presiding over an outstanding economy and being internationally recognised for his economic management efforts, struggled to sell voters on Labor’s economic competence. Bowen is an effective communicator who is close to the last treasurer from western Sydney, Paul Keating. He won’t be short of advice on how to cut through. But he and his new Prime Minister won’t be trying to differentiate their economic competence from their predecessors – why would you want to with an economy like Australia’s?

Instead, the narrative they’re pushing is that the economy is in transition and faces significant risks from overseas (and thus a steady, experienced hand is needed, like someone who’s been through a financial crisis). Bowen is thus using the word “transition” quite a bit – transition in China, transition here.

Former prime minister Julia Gillard earned opprobrium when she had an over-the-top reaction at the CEDA conference last week to some of the sillier commentary on the March quarter national accounts. Some analysts erroneously claimed the economy had suffered a domestic recession – ignoring the impact of exports and depending on the wholly inadequate statistical series called State Final Demand. A couple of sensitive media types suggested the she was trying to dictate what they should write.

That suggestion was pretty rich given the agendas pushed by the daily national newspapers, where the economy under Swan and Gillard was routinely talked down.

Gillard had a point about commentators talking the economy down, but should have remained silent. Despite the forlorn hopes of treasurers through the years, not to mention Reserve Bank governors, it’s a case of remain silent in public and moan in private – as former treasurer Peter Costello did, especially to The Sydney Morning Herald’s economics editor Ross Gittins.

Speaking of the RBA, yesterday the bank issued the usual end-of-monthly meeting statement from Governor Glenn Stevens explaining the interest rate decision. There’s some parsing and semantic semaphoring to be deciphered. Much of the commentary was about how the RBA had indicated it could cut rates in the future. That wasn’t new news?—?the Bank said the same after the June board meeting?—?but the economic commentariat is desperate to grab something new and reframe it for deadlines and market positions. What made it particularly absurd was the use of the RBA decision to explain the 2.6% rise in the local stockmarket yesterday, after a 1.9% fall on Monday. So what then will the market gurus and their fellow crystal ballers make of this morning’s 1.6% fall? The economy hasn’t changed one bit from Monday or last week. It underlines much of the absurdity of the commentary on Monday, yesterday and this morning.