How to survive disruption 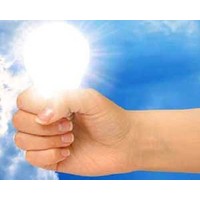 Maxwell Wessel is a fellow at the Forum for Growth and Innovation and a senior researcher at Harvard Business School. Clayton M. Christensen is the Kim B Clark Professor of Business Administration at HBS.

Disruptive innovations are like missiles launched at your business. For 20 years we’ve described missile after missile that took aim and annihilated its target: Napster, Amazon and the Apple Store devastated Tower Records and Musicland; digital photography made film practically obsolete.

And all along we’ve prescribed a single response to ensure that when the dust settles, you’ll still have a viable business: develop a disruption of your own before it’s too late to reap the rewards of participation in new, high-growth markets – as Apple did with the iPod, iTunes, the iPad and the iPhone. That prescription is, if anything, even more imperative in an increasingly volatile world.

But it is also incomplete.

Disruption is less a single event than a process that plays out over time, sometimes quickly and completely, but other times slowly and incompletely. More than a century after the invention of air transport, for example, cargo ships still crisscross the globe.

We propose a systematic way to chart the path and pace of disruption so that you can fashion a more complete strategic response. To determine whether a missile will hit you dead-on, graze you or pass you altogether, you need to:

— Identify the strengths of your disrupter’s business model;

— Identify your own relative advantages;

— Evaluate the conditions that would help or hinder the disrupter from co-opting your current advantages in the future.

To guide you in determining a disrupter’s strengths, we introduce the concept of the “extendable core” – the aspect of its business model that allows the disrupter to maintain its performance advantage as it creeps upmarket in search of more and more customers.

What makes an innovation disruptive? As our colleague Michael Raynor suggested in his book The Innovator’s Manifesto (2011), all disruptive innovations stem from technological or business model advantages that can scale as disruptive businesses move upmarket in search of more-demanding customers. These advantages are what enable the extendable core; they differentiate disruption from mere price competition. Identifying a disrupter’s extendable core tells you what kinds of customers the disrupter might attract and – just as important – what kinds it won’t. How many customers of each kind do you have? To answer that question, you need to consider what people are really doing when they buy your products and services.