How work will become a thing we do, rather than a place we go 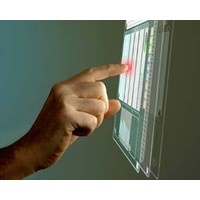 Get set for a serious shift in the way we work over the next 15 years, with more of us saying goodbye to peak-hour traffic and hello to teleworking, and bricks and mortar progressively disappearing as a symbol of a company’s success.

But don’t get too excited: the future may not see you saying goodbye to physically meeting with your colleagues, according to a new white paper on the future of work by Intel.

According to Intel’s chief evangelist and futurist Steve Brown, our need to interact with colleagues comes down to a “butt-sniffing thing”.

That is, our desire to be around other people relates to an animal instinct to check out those we’re required to associate with. To size them up. To see them with our own eyes, rather than the filter of a computer screen.

That desire’s not going to disappear, at least not in the foreseeable future. It’s hard to imagine how any technology will ever completely mimic the activity of physically meeting and greeting others.

But we can work smarter. We don’t need to sniff around other people every day, nor to sit within metres of the boss’ office to show we’re actually being productive.

At Dell’s Future of Work breakfast this morning, Brown spoke of a not-too-distant-future where physical offices will become “temporary anchor points” rather than locations we drag ourselves to through peak-hour traffic, five mornings a week, in order to sit for a specified amount of hours.

A rise in traffic congestion and office real estate costs, as well as the need to respond to employees’ increasing desire for flexible work, are all factors that will make it difficult for organisations to maintain offices on the scale that they do today.

Instead, employees will collaborate online. They’ll still meet physically, potentially at the beginning or end of particular projects (and for required butt-sniffing), but they won’t call a few square metres of their company’s office home.

We’ll see dynamic and agile team structures emerge, with employers looking to access talent as required rather than on a full-time basis, and employee expectations of flexibility forcing companies to rethink their policies in order to secure the best available talent.

And companies may no longer even identify with an office, preferring to use shared office services, to establish temporary bases when required, have employees meet in cafes, or stick with virtual spaces.

This is how some teams in certain industries are working right now, but Dell’s white paper talks of a much deeper workplace transformation over the next 15 years that will completely overhaul how we think about work. Companies and industries will evolve at a different pace according to Brown, but the momentum will pick up to see a world of work that moves away from the “monolithic organisations” we’ve come to know today.

The shift will create some challenges. For example, performance must be based on actual outcomes, rather than time spent sitting in an office, and older generations may struggle to adapt to the trust-based shift required. It’ll mean delivering projects, rather than hours, and require managers who are willing “to hire and fire based on results”.

But this transformation will solve more problems than the challenges it creates. Especially for women.

“The office environment 15 or so years from now may feel as different from today as today feels compared to the 1800s,” said Brown this morning.

Given the office environment of today is hardly working for women – or anyone looking to juggle priorities and responsibilities that do not always revolve around turning up to work at a particular time – that’s got to be a good thing.

“It’ll make the life of the employee better,” said Brown. “But the journey may be uncomfortable.”

Get ready. We’re in for a ride. The best organisations and leaders will get it, while others will not.

Won’t it be nice when work actually becomes a thing we do, rather than a place we go?