If you want to see your people innovate, throw them in the deep end 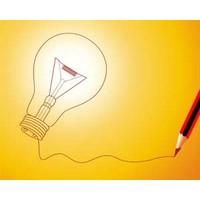 Organisations are wasting their time trying to develop innovative workers by sending them on courses, says Paddy Miller, a professor of management at IESE Business School in Barcelona and the author of a new book published by Harvard Business Review Press, The Case for Stealth Innovation.

That’s because if someone chooses to work in a big organisation, they’re probably not an entrepreneurial person to begin with, and then every mechanism within the corporation drills out every spark of creativity in them anyway.

“If ever we talk about innovation, we think of it as a subset of being an entrepreneur,” he says.

“But in fact, in most organisations, people aren’t entrepreneurial. That’s why they work in a big organisation.

This means the drivers that cause entrepreneurs to set up new companies aren’t going to be the same drivers that can cause those working in large corporations to innovate.
Miller’s research work focuses on how leaders can foster innovative organisations. He spoke to LeadingCompany while visiting Macquarie Graduate School of Management last month.

“Most of the focus around corporate innovation, which you’ve probably seen, is around getting leaders to be innovative.

“But that’s not the problem. The problem is, if you’re running a division, a company, how can you get other people to be innovative for you, because you can’t do everything. That’s the starting point of this.”

But organisations typically don’t reward creativity. In fact, it can be a bit of a black mark on an otherwise promising career.

“Most large organisations have this divide between creatives and the rest,” Miller says. “The workers are on one side. They’re respected – they can implement and execute. The other side, well, they’re the dreamers.”

What breaks down this division within large organisations? Simple, Miller says. It’s stress.

He describes a recent visit to a large pharmaceutical company in Egypt, a country with a crippled economy, a highly unstable political situation and large sections of the workforce on semi-permanent strike.

Miller spent a week shadowing this company. He says despite everything around it being crippled, the company is booming.

“They’re so highly motivated. For them, the long term is one month out, the medium term is two weeks, and the short term is today. And as a result, they’re amazingly innovative.”

“For them, Egypt is filled with opportunity. To us, Egypt seems like hell. But they don’t see it that way. That’s interesting to me.”

“I look at that as a European and think, we’ve been too comfortable. As a result, we don’t take personal responsibility. In fact, we tend to blame the government for pretty much everything.”

Necessity is the mother of innovation, Miller concludes.

In large corporations, every mechanism works towards stopping creativity and innovation. What breaks up this natural dynamic is pressure.

This has repercussions for business leaders. “As a leader, your role is to create a sense of urgency,” Miller says.

The take-out of his work is this: put your people under stress, give them room to innovate, and see what happens.