In the Libor scandal, where were the regulators? 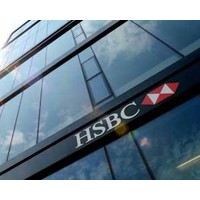 AS HSBC is fined US$1.9 billion for “egregious” money laundering and the first arrests are made in the Libor scandal, the need for the public interest to be considered foremost in the reform of our global financial systems has never seemed greater.

Professor of law at the University of New South Wales, Justin O’Brien, argues a culture of restraint, with accountability and integrity at its heart, must be what reform aims for.

This is an edited extract of the article, which is available in full here.

We are living at a moment of potentially huge change. The dominant conception of corporate governance and financial regulation — based on rational actors operating within efficient markets — is losing coherence, legitimacy and authority.

Effective government control through dominant shareholdings in major banks has forced unresolved reflection on what should constitute optimal corporate governance and regulatory oversight. The global financial crisis has unleashed an avalanche of reform initiatives. But more often than not, these same initiatives tend to privilege the politics of symbolism.

Two accounts from notable insiders highlight the extent of the groupthink. The first comes from Claudio Borio, the chief economist at the Bank for International Settlements. He used a G20 forum in Mumbai to explain why policymakers were incapable of exercising ex-ante restraint.

To varying degrees, policymakers, just like everyone else, underestimated the threat. They were caught up in what, in retrospect, has partly turned out to be a Great Illusion. And even had the threat been fully recognised — and some no doubt did — the political economy pressures not to change policies would have been enormous.

On the face of it, the regimes in place had proved to be extremely successful… And not even the often more critical academic community provided any support for change. Indeed, as regards macroeconomic policy, that community turned out to be part of the problem, not of the solution.

The second comes from Raghuram Rajan. Professor Rajan gave a paper at the influential Jackson Hole retreat organised by the Federal Reserve Bank of Kansas in August 2005 at which he warned of the inevitability of collapse. He later recounted the audience reaction:

I exaggerate only a bit when I say I felt like an early Christian who had wandered into a convention of half-starved lions. As I walked away from the podium after being roundly criticised by a number of luminaries (with a few notable exceptions), I felt some unease. It was not caused by the criticism itself, for one develops a thick skin after years of lively debate in faculty seminars: if you took everything the audience said to heart, you would never publish anything. Rather it was because the critics seemed to be ignoring what was going on before their eyes.

But the testimony provided by Alan Greenspan in 2008 of a flaw in his “ideological reasoning” punctured the self-referential belief in the power of free-markets to self-correct – as did the following bail outs to large swathes of the financial sector.

Following the implosion of the securitisation market, the individual corporate and societal consequences of this myopia became clear.