Innovate or bust: Creating a culture open to change 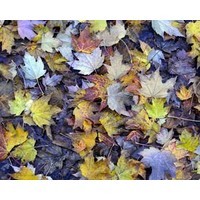 What does it take to be innovative in a changing global economy? That was a key question posed at the 35th-anniversary conference of the Australian Graduate School of Management. A highlight of the conference was three business leaders – Gerhard Vorster, chief strategy officer at Deloitte Australia and Asia Pacific; Andrew Stevens, managing director of IBM Australia and New Zealand; and George Frazis, CEO of St George Banking Group – sharing their insights into embracing the challenges of innovation, now and into the future.

Gerhard Vorster, chief strategy officer at Deloitte Australia and Asia Pacific, believes that innovation “needs to wear overalls” and “overalls that are different to what you have been wearing”. In order to be effective, these “overalls” must blanket an organisation. Innovation is all about trying new things and it has to be entrenched in business plans – in the way business people think – and should be explored using concepts such as design thinking.

To provide the necessary tools, Deloitte has teamed up with leading international academics to teach staff about design thinking, which aims to balance analytical and intuitive thinking so that the organisation can not only make the most of existing knowledge but create new knowledge.

At the heart of Deloitte’s business strategy is a belief that 30% of its revenue every year should come from substantially different activities to those of the previous two years. “This means that if you are the strategy guy, your job is to innovate,” Vorster says. “You have to change a lot of the things that you do now.”

To drive innovation, Deloitte favours preparedness over prediction to go with “the swings and roundabouts and to be opportunistic when you have to shift focus, [which] is at the core of being an agile organisation”.

It also takes a change in mindset. “Constantly questioning what is done and how it is done is treated as an asset at Deloitte,” Vorster says. “That is at the heart of innovation – challenging everything you do, not just challenging from a big perspective. It’s in everything we do and that dissatisfaction with the status quo is inherently a wonderful feeder for innovation in its own right.”

Andrew Stevens, managing director of IBM Australia and New Zealand, shares a similar vision. He believes the essential ingredients of an innovative company over the long term involve deep scientific research driven by ideas that are not limited by current products, while sticking to core beliefs in the midst of widespread change. Since 2000, the global company has invested almost US$70 billion in R&D, generating more than 47,000 patents.

“The person who has to justify that kind of investment is [senior vice-president] John Kelly, our head of research,” Stevens says. “John says that the reason our competitors have tended to fail to make it through major technology transitions is that they were not doing the research to know what the technology was going to do next. That’s a profound idea.

“It’s a good question to ask yourself in your business: do I really know what is coming? Deep research allows you to foresee new markets and to play a part in inventing them. It is also true in the long run that innovation is the only true source of differentiation.”

IBM is studying biological systems because they feature a level of complexity that “we believe we will see in business and society in just a few years. By working at the frontier of science, we are gaining access to the insights and technologies that we can’t get anywhere else,” Stevens says.

It also pays to avoid being limited by existing products. Instead, be defined by ideas.

“IBM’s core idea is to create and provide innovative solutions [for] our clients that they can’t get from anyone else,” Stevens says. “This has meant making some hard decisions from time to time, like selling our personal computer business in 2004. That might have seemed crazy at the time but the reality was that PCs were becoming commoditised and we are not a commodity player. We are a high-margin innovator.”

IBM rates itself as a future-focused company with its sights set on three key technology trends that it believes will shape business and society during the next 15 years: nanotechnology, which will pack huge computing power into tiny devices; exascale, which will make larger computer systems at least 1000 times more powerful than at present; and systems that can learn for themselves.

But the most important lesson from the IBM story is that even if you change your entire business every decade or more, something must remain the same “That something is your core beliefs. It’s what makes you you. Or, in our case, it’s what makes IBM us,” Stevens says.

Core values are also at the forefront at Westpac, which has recently introduced a new one – courage – based on the need to be more innovative and open to change. “It is saying to our 40,000 people that we want them to be courageous in how they approach their job and be able to take perceived risk in terms of change,” says George Frazis, CEO of St George Banking Group, a subsidiary of Westpac.

Frazis agrees with Stevens that clarity on the true purpose of the organisation is a critical element.

“What happens with organisations is that the core purpose gets muddled up and gets quite complex. Complexity is a big stifler of innovation,” he says. “[At] St George, we got back to the core of what we were about. To a certain extent, we lost our way [during the past] two years because we tried to be a big bank and tried to be what we were really not about. [But] if you think about St George’s heritage, it is very simple: we help people save to get into their homes, then secure their future. As simple as that. Providing that core purpose, that noble purpose, means people can innovate and provide clarity.”

Like Vorster, Frazis acknowledges the importance of a culture open to change, everywhere. For him, service improvement is critical. And time – how to speed up decisions – is a key measure.

“The critical thing when you are looking at time is that you only get innovative solutions if you have stepped changes in that time,” Frazis says. “So if a home loan takes two weeks to approve, which is roughly what it used to, reducing that to one week provides absolutely no benefit. The customer hardly notices it and, effectively, processes don’t really change. To reduce it to an hour, that requires innovation. That requires real change.”

“Having those firsts actually does create a culture of innovation but you [also] have to be really quick at following,” he says.

Diversity is another essential ingredient and the youth sector plays an important role in St George’s understanding of digital and mobile trends. Frazis has formed a youth network led by the company’s top 10 under-30-year-olds who attend core leadership meetings.

“Effectively, it is a signal to the organisation that we are prepared to listen to an under-30-year-old as much as our senior leaders in terms of strategy and direction of the organisation. At the end of the day, innovation actually attracts the best talent. And it is a much more exciting organisation to work in than one that is static,” Frazis says.