Innovation almost bankrupted LEGO – until it rebuilt with a better blueprint 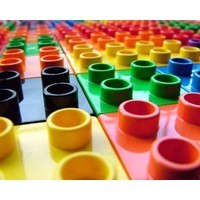 It was 2003, exactly 56 years after Ole Kirk Christiansen bought the first plastic injection molding machine in Denmark to start manufacturing plastic bricks for building-block toys. On the surface, or so it seemed, the LEGO Group had done everything right over that time period.

The company was an iconic name in the toy business – plastic building block toys were “LEGOs” in customers’ minds, just like all tissues were Kleenex. LEGO was also rare among big companies in that the firm was still run by the founding family, with Christiansen’s grandson, Kirk, serving as CEO. While LEGO had always looked for new products, after a sales slump in 1993, the firm tripled its offerings, and in 2000 went on a binge of innovation, adding on LEGO-branded electronics, amusement parks, interactive video games, jewellery, education centres, and alliances with the Harry Potter franchise and the Star Wars movies.

Speaking at a recent conference on innovation at Wharton’s William and Phyllis Mack Center, Wharton practice professor of operations and information management David Robertson said Kirk Christiansen and his leadership team adhered to nearly every one of the major principles that are widely prescribed by experts in launching its spate of innovation in 2000: The firm found relatively competition-free markets where LEGO could dominate. Management sought the participation of a number of different constituencies from both inside and outside the firm and hired a diverse and creative staff. It tried to create new products that disrupted existing markets, and it listened to customer feedback. Innovation became a focus of every aspect of the company, with the goal of turning it into the world’s strongest brand among families by 2005.

In short, LEGO had created an innovative culture that seemingly would have been the envy of any firm. “LEGO followed all the advice of the experts,” said Robertson. “And yet it almost went bankrupt.” Robertson’s forthcoming book, Brick by Brick: How LEGO Reinvented Its Innovation System and Conquered the Toy Industry, was the basis for the seminar titled, “Learning From Failure in Innovation.”

The LEGO story, according to Robertson, lies at the heart of why companies should not blindly follow the typical mantras of innovation. Management and evaluation must be at the heart of any innovation strategy, he noted, and although it is generally not good for a firm to remain stagnant, the reality is that unbridled innovation in the vein of LEGO may not be the answer, either.

The first half-century of LEGO’s history, however, is the tale of a successful post-World War II Scandinavian company. Ole Kirk Christiansen started making wooden toys in his town of Billund, Denmark, during the Depression of the 1930s, eventually naming his company LEGO, which loosely translated from Danish means “play well.”

When the war was over, Christiansen bought a plastic injection molding machine and experimented with it to see what kinds of toys he could make. By 1949, he had developed the now-familiar building blocks with circular studs on the top, an advancement that allowed children to lock connecting blocks into different shapes rather than just stacking wooden blocks on top of each other. Half of LEGO’s output was plastic by 1951. Later that decade, the company developed a more durable plastic polymer for manufacturing the toys and also trademarked the building-block style for which LEGO is still famous.

Over the next two decades, LEGO’s sales and profits grew steadily but modestly as the firm focused primarily on its trademark building sets with just a few variations, including castle and space themed toys. Beginning in 1978, however, the popularity of LEGOs surged, and profits doubled every five years during the 1980s. LEGO’s rise came during the peak years of the baby boom and that generation’s children. The firm’s building-block materials continued to appeal to those groups for years, as the company turned out more and more themed building sets and expanded its markets.