Innovation: Are you getting the coffee effect? 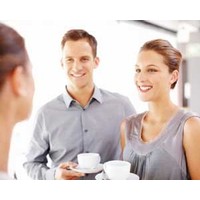 In my doctoral research on organisational creativity, I uncovered two types of innovation in organisations: formal and informal.

Most leaders tend to focus on the former, a structured and effective process, but the informal (or shadow) innovation system can be equally powerful.

How can we differentiate the two? The formal innovation system consists of a series of building blocks including market research and a new product development process, such as State-Gate. Increasingly in medium and large businesses, there is an innovation director, an appropriate goal, and a budget with planned projects and initiatives in the pipeline.

The formal innovation system is shown in organisational charts and included in job descriptions.

In the interviews I conducted for my research, leaders would often comment that the most creative space in their office was the office kitchen, staff canteen or the coffee room. Leaders somewhat reluctantly revealed that problems were often solved by a chance, spontaneous encounter with a colleague that might start, “Julie, that reminds me …”

These exchanges have no agenda: just a pressing need. They certainly don’t appear in any formal organisational chart, but these moments are often the best reflection of the mood and culture of the business. They are a barometer of how receptive people are to new ideas and the extent to which insights and learnings are exchanged across departments and teams.

Leaders found these short, sharp conversations often gave them a fresh perspective on a problem they were grappling with.

This informal innovation “ecosystem” is difficult to manage, but it can be influenced and fostered. For example, many advertising agencies have installed their own cafes to encourage staff to “bump into” one another and chat about their day, their clients or whatever is on their mind. The trend in modern office design towards more informal office spaces and meeting rooms is also a step in the right direction.

Leaders face growing time pressures. I increasingly believe these informal interactions will be electronic. It could be through public social media, or through private social media tools such as Yammer, or our very own Blitz tool, which is now online.