Embedding the innovation culture: The importance of teamwork 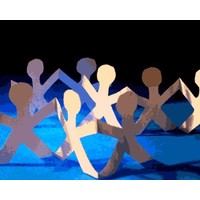 Innovate or perish – the message is clear.

In a book called Creating Wealth published a few years ago, an MIT professor cited this alarming but not altogether surprising statistic: in the 1920s the life expectancy of a public company in the USA was some 65 years, by the 1990s this had fallen to about 10 years, and these days it is even less.

Apart from the march of technology and the drive to always find new products and ways of doing business, the very economics of a free market economy drives the need to be constantly renewing your offering. Otherwise you can be sure somebody will soon move in to take your place.

This even happens in businesses with high barriers to entry.

For example, 20 years ago who would have thought that Boeing would now be number two behind Airbus Industries in commercial jet aircraft, or that Apple would now be seriously challenged by the likes of Samsung with their nifty tablet devices sold at half the price of the Apple equivalent.

Fast-food outlets, petrol stations and convenience stores are another classic example of competition resulting in market saturation where, in many cases, poorly located stores, that were previously profitable, are now extinct.

The question to be explored is just how to keep your business moving in order to be always ahead of the competition.

The answer lies in the pursuit of both innovation and opportunity capture, and working to embed these into your business as a part of the culture, not just at senior management level but at all levels throughout your business.

Steve Jobs was a wonderful and foresighted innovator who drove his business from the top down, but one could well argue that he failed to imbibe the innovation culture throughout his people. The day Jobs announced his retirement the share price of Apple fell by close to 6%, and trading in Apple shares was suspended in New York for an entire day, such was the perceived dependence of Apple on Steve Jobs.

The aim must be to embrace and embed the innovation teachings into the business so that there is ongoing benefit. Otherwise, why bother at all?

However, there is little point in just reading an interesting article or running some in-house training or inspirational ‘talking head’ innovation session with an expert in any field if these are just one-shot wonders.

Change is not all that difficult

If you asked anybody to identify the country most renowned for the quality of its products, almost without exception, the answer would be Japan.

For anybody old enough to remember, in the 1950s anything coming from Japan was considered to be cheap junk. The early plastic-injection moulded toys, water pistols and games all came from Japan.

Yet today, Japanese products are considered to be leaders in terms of quality.

So what changed, and how did it happen?

Historically, W. Edwards Deming, the statistical quality control guru, is credited with leading the change initiative for the Japanese. He introduced the statistical methods of quality management and presided over the establishment of the now famous quality circles.