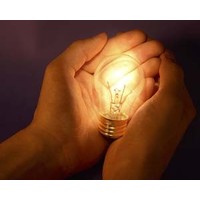 The federal government should consider establishing an innovation council and put greater emphasis on the role of science, technology, engineering and mathematics education in order to further Australian innovation, a review has recommended.

Such a council would also identify areas of market demand, and help strengthen links between research and the business community, the report from the Office of the Chief Scientist says.

The Office of the Chief Scientist released a report yesterday containing five recommendations to the federal government on how to enhance innovation in Australia.

• The five recommendations listed are:

• The establishment of an Australian innovation council

•  Encouraging mobility of researchers between academia and business and other enterprises

•  Emphasising the role of science, technology, engineering and mathematics education in changing the culture

The advice of the Chief Scientist was sought following the last meeting of the Prime Minister’s Science Engineering and Innovation Council.

“One of the things you would hope to see with the creation of the council is a focus on particular efforts linked to research issues.

“Our proposal was to establish an innovation council and then have it identify particularly important areas of innovation where we have capacity to grow the market or increase employment or contribute to a better economy,” he says.

The establishment of an innovation council, the report stated, was aimed at integrating national research with the business sector’s need for innovation.

The report advised the council would identify areas of market demand for innovation, catalyse innovation in these areas and facilitate international links to both markets and know-how.

“We see many benefits with the proposal for an innovation council. However, careful consideration needs to be given to the best ways to link with other parts of Australia’s innovation systems to achieve the objectives of fostering improved innovation performance,” she says.

Chubb says there are plenty of useful endeavours in Australia, but the main problem is they are too small.

“It’s the same with all these things, people will tell you it already happens, but it happens on a small scale compared to what is needed. We need to lift the scale of what is happening.

“There are lots of good things that happen, but they’re all relatively small. Most of the programs are useful but they touch and engage so few, they need to think about scaling up the very best of these programs or creating new ones,” he says.

Wilcox says the recommendations to broaden the scope and scale or innovation is welcome news.

“We certainly support the broad objectives of lifting the scope and scale of collaboration between business and the research community and we welcome the suggestions put forward on how to achieve this,” she says.

Chubb says another important consideration is encouraging employers to employ science and engineering graduates based on the skills they acquire during their courses.

“I hope that people understand that these areas are important and require a high level of talent and skill,” he says.

Wilcox says Australia needs to “urgently needs to lift its performance in STEM related studies” in order to further innovation in the community.

“Ai Group strongly endorsed the suggested approach to broaden and deepen the engagement with business between STEM courses, both under-graduate and PhD. Industry needs to be a central driver in this process,” she says.

Chubb says more people should look to innovation as the future backbone of the economy.

“There’s no question that at some point our economy is going to have to shift and become substantially different to what it is now and be based on innovation.

“We’ve been talking about it for quite a while, there’s been some movement in the right direction but we have a lot more to do. If we don’t start to think about what our future economy is now, it won’t be there when we need it,” he says.