Innovation: Why the ‘outrigger’ model worked for IBM 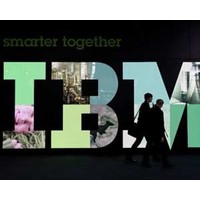 Almost without exception, the innovation department is bound with red tape and underpinned by a stage-gate analysis tool steeped in accounting nonsense and surrounded by naysayers, most of whom find it easier to kill new ideas rather than embrace them. Remember, people resist change. It’s far easier and safer for people to keep their heads below the parapet and do nothing.

Bound with such encumbrances, why would anybody be interested in being “out there”? It’s just too hard.

Believe it or not, most business plans fail to deliver what was expected. What they do achieve, however, is to start you on a journey of innovation and discovery where the end point is seldom the initial target.

Interestingly, the failures are usually championed by people with great tenacity but tunnel vision; people who have difficulty in refocusing their endeavours when their ideas are not working. The mindset that persistence will ultimately win is simply flawed as no amount of persistence will turn a bad idea into a good one. Hence the suggestion that “Fast Failure” is a good mindset with which to explore new horizons.

A good entrepreneur is one who can see when things are not working and with the backing of some money and a good team, can redirect efforts to where the target really is. This is the sort of open mindedness that is essential in any good entrepreneur or innovator.

But do we give our people this freedom? Probably not!

What is your return on investment (ROI) for innovation?

It’s a great question, but one that is seldom asked for fear of learning the truth. Too often the ROI is near zero but hope still prevails.

One Australian company has spent more than $500,000 on an innovation department that has yet to produce a single outcome. No doubt there are many more such companies.

The initiative is to be applauded, but the failure is not.

If a full-time innovation department is not producing tangible outcomes and real ROI within 18 months at the most, then it is likely the model is flawed.