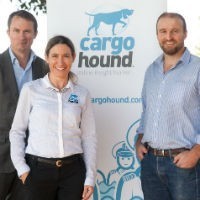 An Australian startup aiming to revolutionise the international freight industry has secured $800,000 seed funding and is now looking to aggressively expand.

CargoHound is an online marketplace for international freighting, connecting importers and exporters with freight providers. The funds will be used to expand across Australia and New Zealand. The funding comes from undisclosed investors in the United States, United Kingdom, and Australia.

Co-founder Kim Mauch had worked in the import/export industry for 25 years when she came up with the idea to fix what she saw were the main issues in the business. She saw that efficiency and transparency were lacking in the sector, and thinks CargoHound is the answer to that.

An Australian International Business Survey in 2014 found that 63% of exporters believed that transportation and freight costs were important factors that were adversely affecting their competitiveness. There are 105,000 exporters and importers in Australia and 800 freight forwarders, according to the Department of Foreign Affairs and Trade.

The idea was initially bootstrapped by the three founders, who have all worked in the industry for many years.

The platform recently went through a beta testing phase, where 40 importers and exporters and 10 freighters took part. Smith says the feedback was overwhelmingly positive from the proof-of-concept testing.

Getting both sides of the industry involved will be the startup’s biggest challenge, but Smith says there are already lots of freight forwards excited to use CargoHound, and many import/exporters posting their jobs.