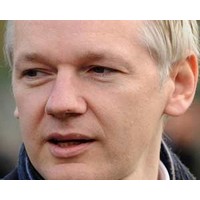 Julian Assange has been granted asylum in Ecuador, two months after he sought refuge at its London embassy. But this doesn’t mean he can escape arrest in the UK for violating his bail conditions.

Assange risks arrest (see the case against him) as soon as he leaves the embassy building – which he will have to do in order to get to the airport and hence to Ecuador.

Nor does remaining in the embassy guarantee the Wikileaks founder immunity from prosecution.

Back in 1988, Carl Islam explained, with some rigour, the basis of immunity afforded to diplomatic and consular premises in Britain. The subject seems dry, until you realise the serious implications it poses to individuals such as Assange.

Islam begins with the principle of inviolability. “Inviolability guarantees the sanctity of diplomatic and consular premises.” Then, the warning. “While it does not place premises above the law, anybody who remains on diplomatic or consular premises can take refuge from the law.” Hence the need for changes to rectify such abuse.

The background to this change of heart and the need to embrace a qualification to such diplomatic immunities came in 1984. The British establishment was shaken that year when police constable Yvonne Fletcher was killed by shots fired from the premises of the Libyan People’s Bureau. Over the years, the LPB had been purportedly stockpiling weapons under the cover of immunity, ostensibly to deal with dissidents of the Gaddafi regime. While these were deemed gross abuses of diplomatic privileges granted by the Vienna Convention on Diplomatic Relations, the British found their hands tied.

A government white paper of 1985 made it clear that the British authorities were keen on implementing a “firmer” policy on how the Vienna Convention was applied and “take administrative measures to deal with abuse of diplomatic premises and to limit the extent of mission premises in accordance with international law and practice”.

Hence the passage of the Diplomatic and Consular Premises Act 1987, which would remove the diplomatic status of premises that were being misused. The Vienna Convention, while accepted as part of British law, is qualified by this Act with regard to the residence of the mission accepted in the country.

Ecuador’s foreign minister Ricardo Patiño has been forceful about his stance on Assange and equally forceful towards the efforts being made by the British authorities to extract the Australian from the premises. “We are not a colony of Britain,” he said. WikiLeaks has itself released a statement claiming that Assange’s rights to asylum are being compromised in this act of bullying.