Iron ore prices drop, but should we panic about China yet? 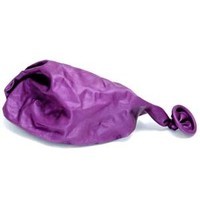 This week we learnt that Australia’s GDP growth fell significantly in the second quarter compared with the first. The fact that GDP growth is a lagging indicator raises serious questions about the current state of the economy.

Exacerbating such concerns is that China’s economy appears in a precarious state.

Facing a cyclical downturn overseas and structural reform problems at home, China’s growth has also slowed, and is expected to slow further.

As growth in China has slowed, the price of iron ore, our most important export commodity, has fallen sharply. Iron ore is currently trading below $90 per tonne, about half that of a year ago.

Some have called the mining boom to be over, or at the very least to have peaked, and mining companies such as Fortescue Metals have announced they are deferring investment and laying off workers.

Whereas the terms of trade were once fuelling sharp increases in national income, which boosted government tax revenues and ran up housing prices, the party is now over.

As one commentator put it, “Australia has gone in a short space of time from the lucky country to the country whose luck is running out.”

Or so the story goes.

Let me begin by stating that I have no special insight into what the next growth figure for China’s industrial output will be. Nor what will happen to commodity prices, this month or next.

Fortunately, I am not alone. To use the language of an econometrician, the data generating process for these variables is, statistically, a random walk. That is, the best predictor of next period’s figure is this period’s figure plus a random error. The lesson for readers is that they should not take too seriously the many “forecasts” of these variables that appear in the press.

I’ll also leave aside speculation about whether the Chinese government will launch a stimulus package should the rate of growth slow too dramatically.

Instead, let’s stick to a commentary based on what we do know, and ultimately what is more important.

China’s trend growth rate, as opposed to next quarter’s, will fall in the coming decade compared with the last. This is for many reasons: rebalancing the economy away from investment toward consumption is difficult, not least of all on a political level, and easy sources of productivity gains, such as the demographic dividend and borrowing technology from overseas, have largely been exhausted.

Iron ore prices will also fall from their stratospheric levels in recent years. This is not only because China’s trend rate of growth will slow, but also because additional supply will come on line as a result of massive investment by mining companies in recent years.

While these observations may sound dire for the Australian economy, the reality is far more sanguine.

First, some perspective is required. To say that iron ore prices have fallen by around half in the past year still leaves them at the same level they were toward the end of 2009.

At this time, they were many times higher than they were in 2005.

The trend level of iron ore prices since the mid-2000s, and commodity prices more generally, has changed in Australia’s favour, and there is no reason to think that it will revert to the historical average any time soon. China will remain a net buyer in world markets. The Reserve Bank of Australia’s Commodity Price Index is extremely clear in making this point.

Similarly, as RBA Governor Glenn Stevens has noted, while growth in China is slowing, so too is growth in other parts of the world; far better to be exposed to China where the trend rate remains much higher.

Far from it: the very reason that Australia has a floating exchange rate is to offset shocks from abroad. A fall in iron ore prices may well be bad news for miners, but via a depreciation in the Australian dollar, it would be welcome news for other sectors such as manufacturing, tourism and education.

Thirdly, while China may drive world iron ore prices, the extent to which such fluctuations drive Australia’s macroeconomic performance should not be overstated. This should be obvious. Even prior to the terms of trade rising sharply in the mid-2000s, the Australian economy had experienced one of the longest continuous periods of expansion since World War 2.

The terms of trade are simply a measure of relative prices – export prices divided by import prices. While a rising terms of trade provides an unambiguous shot in the arm to national purchasing power, it has no direct impact on real GDP.

Indeed, the point of calculating the terms of trade as part of the national accounts is to strip out the effect of price movements on the value of traded goods and so better focus on developments with respect to real economic activity.

Of course, if export prices are high, then this can indirectly spur output growth via investment, amongst other channels. But given long lead times, mining companies make investment decisions based on forecasts of the long run price level of goods such as iron ore, and these remain positive.

The decision by some miners recently to delay investment in large part reflects cost pressures as they have all sought to open the investment tap at the same time, not a fall in long run expected prices.

James Laurenceson is a senior lecturer, School of Economics, at the University of Queensland.