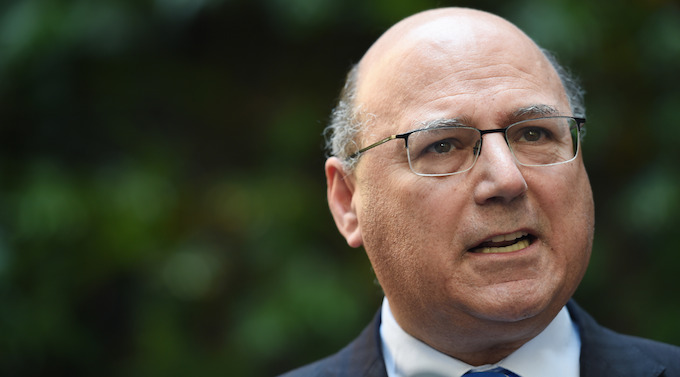 With the appointment of Arthur Sinodinos as minister for industry, innovation and science in the cabinet reshuffle, Australia can look forward to more government promotion of innovation and entrepreneurialism.

Sinodinos has released a statement about his appointment, reaffirming his “keen appreciation of the importance of science and innovation policies”, and his view that innovation emerges when government steps back and allows “workers, entrepreneurs and risk takers [to be] at the centre of the economy”.

This chimes with Sinodinos’ previous statements on the importance of innovation in the Australian economy:

“I have often said that Australia has an imperative to innovate. … It’s no longer just an interesting phenomenon – it’s an everyday reality. No area of society can be insulated from it.”

By framing market-led innovation as an inevitable way of helping the economy, Sinodinos effectively shrugs off any direct responsibility for government involvement, instead putting the onus on entrepreneurs.

While the language of innovation may have once soothed fears and inspired confidence, the term’s overuse means it now operates as clichéd husk; a fashionable accessory that politicians begrudgingly don when they want to convey a particular message.

So is it time we ditch the term and be done with it? Perhaps, but bear this in mind: innovation is now formally embedded in Australian government policies in relation to trade, science, employment and research. We will be dealing with the consequences of these policies for years to come.

The National Innovation and Science Agenda states that:

“Innovation is important to every sector of the economy – from ICT to healthcare, education to agriculture, and defence to transport. Innovation keeps us competitive. It keeps us at the cutting edge. It creates jobs.”

This is an extraordinary statement because it places great faith in one particularly nebulous concept.

While it suits government to be vague about innovation’s meaning, a plethora of academic disciplines have worked hard to specifically define it and explain how it can be achieved. Unfortunately this has actually resulted in an even broader collective understanding of innovation. Put simply, innovation is often defined as successfully applied ideas (and the concept is no longer limited to technological change).

But innovation is more than a harmless catch-all term. It could actually do great damage. This is because the most influential interpretation of innovation remains tied to free market economics.

In Australian politics, innovation specifically operates as code for economic efficiency and entrepreneurship, and its use naturalises a way of thinking that valorises profit-making over other social, ethical and environmental considerations. It also operates as a handy excuse for government to step back and allow the market to dictate outcomes.

Take for example the National Innovation Map, which records instances of entrepreneurship and business activity (for example: new businesses, patents, research and development expenditure). This understanding of innovation does not capture the activities of not-for-profit initiatives, community groups, much of the arts, and a great deal of critical and scientific research.

For example, a startup company that sells plastic mobile phone covers would be understood as “innovation”, but the activities of Makerspace & Company, Freecycle or OrangeSky Laundry (to name but a few) would likely be left out. Makerspace & Company is a space where people can access tools, machinery and training in industrial design skills. Freecycle is a grassroots movement of people who reuse and distribute resources in local communities. OrangeSky Laundry provides shower and laundry services to homeless people.

With so much emphasis on entrepreneurship, a great deal of positive human activity is easily ignored and left unsupported.

The problem with disruptive innovation

As innovation scholar Benoît Godin states, the current positive understanding of innovation is relatively new. In the Middle Ages, to be an innovator meant questioning religious doctrine, a heretical act.

For much of the seventeenth and eighteenth centuries the term was intended as an insult. Innovators were excessive and evil.

Harvard economist Joseph Schumpeter is often credited with bringing innovation into a positive category. Schumpeter’s work on “creative destruction”, published in the early 1940s, tied innovation to the idea of getting products onto the market.

Clayton M. Christensen drew upon Schumpeter to develop his own concept of “disruptive innovation” in the early 1990s. Christensen’s version of innovation involves the utter disturbance of the status quo.

Startups sneak in, new products are constantly released, destroying whole industries and opening new markets. Disruptive innovation was snapped up with enthusiasm, first by Silicon Valley, then by the broader business community.

Disruptive innovation does not play by the rules. In its relentless push forward, whole categories of jobs, identities, social structures and technologies are abandoned without a thought.

Is this the exciting future that the Australian government has in mind?

If we take Sinodinos at his word, then yes. Sinodinos has argued that:

“We live in an era of disruption. Think of innovative disruptors like Uber and Airbnb. Disruption is our friend. It undermines markets dominated by monopolies or a few big firms and empowers small business and consumers. … These businesses overwhelmingly invest in Australia and employ locals.”

The notion that multinational corporations such as Uber and Airbnb are small businesses (who create large numbers of local full-time jobs) is highly questionable. But beyond that, this quote points to a deeper problem at the heart of the government’s faith in innovation.

When we hear that up to 40% of Australian jobs could disappear in the next 10 to 15 years, the most predictable solution is that innovation will be “critical to generating the jobs of the future” (repeated during Prime Minister Malcolm Turnbull’s announcement of the 2017 Cabinet).

But under the market logic of innovation, organisations are encouraged to embrace new technologies, to restructure, to hire “flexible” labour, and to relocate. Any negative impacts stemming from these changes (for example business failure, job losses) are easily explained as the result of too little innovation. It’s this line of thought that led to the gutting of the CSIRO, where 20% of jobs have disappeared over the past two years, including some of the nation’s best research scientists.

With this kind of circular thinking, perhaps it is time for innovation to regain its former bad reputation.

What are the alternatives?

This is not a call for the complete abandonment of innovation, as a word or a practice. After all, there is nothing inherently wrong with the desire to make things better.

But innovation’s ideological connection to free market economics, and the contradictory manner in which it is hurled at all manner of problems, means that it cannot and should not operate as the only way to transform our society and its institutions.

One thing we can be sure of: the future will bring extreme environmental, social and economic challenges. Yes, innovation will help us survive. But here are a few less fashionable verbs we must embrace: maintain, rebuild, care, reform, tolerate, make, salvage, repurpose, help and repair.

Jesse Adams Stein is a chancellor’s postdoctoral research fellow, in the Faculty of Design, Architecture and Building, at the University of Technology Sydney.

What about giving ‘open innovation’ a go?
https://www.linkedin.com/pulse/maybe-its-time-revisit-open-innovation-model-angus-m-robinson?trk=mp-author-card