Is China in a worse state than figures suggest? 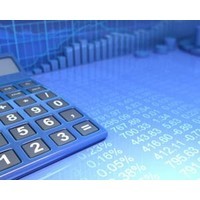 Is China in a worse state than official figures suggest? Maybe – but the overall picture is mixed.

China’s manufacturing has experienced a slump in orders – but inflation slackened more rapidly than expected. China’s manufacturing activity has fallen to its lowest level in more than three years as the global economic slowdown continues to weigh on the world’s largest exporter.

The Chinese government has tried to boost the economy with interest rate cuts and by lowering the amount of reserves that banks must keep on hand in a bid to spur the kind of lending that could stimulate a rebound, however contagion from Europe is impacting China, and that is causing pressure on Australian exporters, particularly the miners who are dependent on China importing vast amounts of coal and iron ore.

China is the world’s biggest energy consumer and steelmaker. However, new Chinese export orders contracted last month at the sharpest pace since March 2009 while employers cut jobs at the fastest rate in 41 months.

I recently visited China, and saw that China’s exporters are facing increasing difficulties amid stronger global headwinds. At the same time the dynamics of Australia’s relations with China are undergoing a rapid process of change, and this will reshape international and foreign policy between our two countries. This comes as China prepares its 12th five-year plan – an unstable time for its economy.

A series of weaker than expected economic data has resulted in China cutting interest rates for two months in a row, and its central bank has been injecting cash into money markets to ease credit conditions to support the economy after it notched a sixth straight quarter of slower growth.

China has eased monetary policy to bolster growth – but the central bank is being cautious to emphasise a “prudent” policy stance for fear of re-igniting property and inflation risks.

I feel – despite recent speculation in the newspapers – it is unlikely China will release a package on the scale of the stimulus spending and lending that occurred in 2009 and 2010 in response to the global financial crisis.

Vic Edwards is a Visiting Fellow in Banking and Finance at the Australian School of Business.