Is it time for us to tackle our Warren Buffett-style tax anomalies? 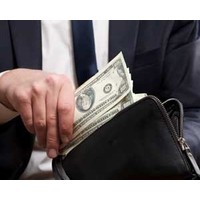 In his 2012 State of the Union address US President Barack Obama lamented the fact that billionaire Warren Buffett faces a lower tax rate on his income than his secretary.

The situation arises because the secretary’s salary income will be taxed at the normal US tax scales. On an income above US$34,500 but below US$83,600, Buffett’s secretary would face a 25% tax rate. But the dividends and capital gains the billionaire investor makes on his directly held investments are likely to be taxed at a maximum rate of 15%.

Political deliberations to tackle the fiscal cliff in the US are focusing heavily on the tax system that gives rise to these types of anomalies.

But Australia’s income tax system has its own Warren Buffett-type anomalies. Indeed, there is considerable momentum to add more of them, albeit that it is presently halted in light of the fiscal position. For example, consider the government’s announced policy of giving a 50% discount (tax break) on interest income up to a certain level, and the subsequent withdrawal of this proposal.

One of the most contentious anomalies was introduced in 1999 by the Howard government: discount capital gains for individuals. This essentially means a person only gets taxed on half of the capital gain they make (eg only $5,000 of a $10,000 gain would be taxed).

Why do we have such anomalies or differential treatment in the tax law? After all, isn’t a buck a buck, and therefore they should all be taxed in a similar way? Yes, a buck is a buck in terms of economic wellbeing, and for accounting purposes, but for tax purposes, not every buck is quite the same.

Why? In short, governments seem to believe – with considerable help from official enquiries, the latest being the Henry Tax Review – that different taxes have different behaviour effects on taxpayers, and tax measures that have a damaging effect on investment and economic growth should be avoided.

Higher taxes on these factors or activities are regarded as efficient taxes as their imposition does not change taxpayer behaviour.

On the other hand, lower taxes should be imposed on those factors of production or activities that are mobile or for which there are substitutes. High taxation here is regarded as inefficient as it is likely to change the behaviour of the taxpayer to the overall economic detriment.