Israel an innovation revelation for Wyatt Roy and party 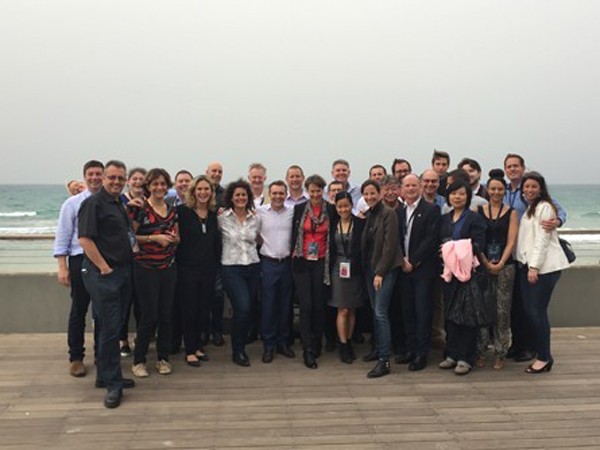 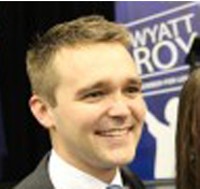 A group of 50 Australian entrepreneurs, founders, investors and public servants have returned from a fact-finding mission to Israel with a host of lessons and inspiration.

The one-week trade mission saw the group tour the country’s universities, co-working spaces and startups with the aim of learning what Israel has done right in promoting innovation and where Australian can improve.

Fishburners general manager Murray Hurps went on the trip, and says it was a landmark moment for those involved.

“It was probably the most important moment I’ve had in my professional career in 16 years,” Hurps says.

The trade mission was led by assistant minister for innovation Wyatt Roy, who says it was about learning, not copying.

“From the government’s perspective it’s very useful to have a look at the Israeli policy settings,” Roy tells StartupSmart.

“They’re obviously a gold standard when it comes to innovation.”

“But of course as we develop the Australian innovation ecosystem we need to develop something that’s uniquely Australian. We shouldn’t try to copy Israeli public policy but there’s an enormous amount we can learn from them.”

The lessons learned on this trip by Roy and the band of public servants will help to shape the government’s upcoming innovation statement, which will be announced next month.

“It was a useful exercise in feeding the experience and lessons from Israel into that and into developing policy,” Roy says.

Blue Sky Venture Capital investment director Elaine Stead, who was also on the trip, says the participants had many opportunities to float ideas with the government representatives.

“We have never had a greater opportunity to have direct input into its moulding,” Stead says.

“The team listened hard, were open to comment and new ideas, and dynamically accommodating this information with a genuine desire to create something great.

Israel is often heralded as one of the quickest rising startup locations in the world, with about 700-800 new tech companies started each year, second only to the US.

One of the key lessons from the Israel startup ecosystem is how important a role culture plays in this industry, Hurps says.

“Startups can’t be limited to concentrations in a few dozen buildings around the country, they need to be studied and appreciated in schools, universities, corporations, media outlets and every TV station,” he says.

“The universities were telling us that they don’t have a startup program to encourage people to start businesses, their culture does that for them. So much of the opportunity there is just created by the culture.”

Stead agrees, but says much of this is down to the local context.

“Australia’s challenge will be how we culturally adapt from what has been, by comparison, a culture of complacency and over reliance on our natural resources, to diversify and make a stronger commitment to other industries like innovation which are critical to our future prosperity and global competitiveness,” she says.

Australia must focus on what it already excels at, Roy says.

“We have to play to our best strengths in Australian culture – the ‘have a go’ mentality’, supporting the underdogs, the deeply anti-authoritarian approach we have,” he says.

A change in culture could see more Australian entrepreneurs take the leap and back their ideas, Hurps says.

“In Australia the bigger problem is the amount of people in Australia that could be launching something incredible and aren’t,” he says.

“A major reason is a lack of direct contact with other startup founders. If you were born in San Francisco and surrounded by successful people running companies and doing amazing things, you would logically move towards startups, but if you were born in a rural town in Australian you’re less likely to pursue one. “

Another lesson from the trip is that Australian founders and entrepreneurs need to present themselves on the global stage better, and play to their strengths, Hurps says.

“We have enormous reserves of capital and talent, we have a safe business environment, and we have incredible access to markets, both Western and Asian,” he says.

“For the first time in a while, we also have a prime minister who can project this message from the top down with authority. Australia really is the world’s most beautiful startup hub – let’s make sure the world knows this.”

For Roy, a big takeaway was the light-touch approach of the Israeli government in terms of innovation, backing up his previous statements of the Turnbull government being an enabler of startups, not the driver.

“There’s a very light touch approach when it comes to funding – the government acts as an enabler.”

Stead also found many lessons in how government should interact with the sector.

“The absolute key take away from this was the comment from the Chief Scientist of Israel who commented that government’s role is two-fold: to develop infrastructure and absorb risk,” she says.

“I think this view is itself quite innovative and contrary to many other governments who design policy where the goal is to push out risk out onto industry.”

Israel is also making efforts to combat gender inequality in the tech world, something Roy says needs to be at the forefront in Australia also.

“As a starting point we have to make it a national agenda item,” he says.

“Then you can start throwing whatever resources we have at solving the problem.

“Nowhere in the world have they really achieved proper gender equality. We have to make it a priority.”

Travelling the world to discover home

A resounding consensus among the participants seems to be that although the trip showcased the Israel ecosystem, it also served to create confidence and aspirations in the potential of the Australian startup community.

This came down to spending time in close proximity to 50 other like-minded individuals and seeing the hard work they’re putting in, Hurps says.

“The best part of any trip like this is spending time with a lot of similar people that are usually very busy and can’t afford the time,” he says.

“I came away so excited about what Australia could be doing over the next couple of years. I was expecting to be impressed by Israel but I came back being really impressed by Australia.”

“We’re on the precipice of something substantial – the pieces are starting to come together.”

Roy says he saw the trip as a confirmation for the work that’s currently underway in Australia.

“One of the great take-outs was actually a realisation of all the good things we’re doing at home,” he says.

“Our talent is some of the best in the world, our retention rates are good, our lifestyle is the envy of the rest of the world, we have access into the Asian marketplace that no other country has – we have enormous opportunities as a country, and we should talk that up.”

“It’s interesting that you have to go to the other side of the world to renew that excitement, but it becomes really self-evident when you’re there.”