What Australia has in common with stagnant Japan 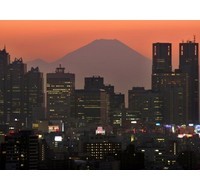 Japan might be the third largest economy in the world, but the past 20 years have seen its GDP growth rate fall behind that of its economic rivals, the US and UK.

The outlook appears bleak. Recently, Japan halved its second-quarter growth estimate, raising fears of a recession. Morever, Japan’s exporters could face more pressure after the US Federal Reserve announced a third round of quantitative easing, which could drive down the US dollar against the yen.

Pressure to deal with the country’s darkening economic outlook has fallen to the Japanese government (whose deficit financing bill probably won’t make it through the opposition-ruled upper house).

Ippei Fujiwara from the Australian National University examines the long-term economic health of the nation and suggests societal ageing and a lack of technological growth could be to blame for the country’s falling GDP growth rate.

Japan is currently the third largest economy in the world, yet you call the last two decades in Japan’s economic history the “lost decades”. Why?

If we compare the path of Japan’s per capita GDP to that of the US or the UK or France, we can see Japan reached almost the equivalent level of the US and the aforementioned countries around 1990. Before that, GDP growth rate was around 9.4% until 1970 and 3.4% until 1980. Catch-up to these countries ended around 1990.