Leading innovation: How to tap a wellspring of great ideas 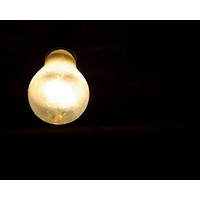 Leaders underestimate the impact of innovation to their long-term survival, according to research by the Australian Institute of Management in Victoria.

Innovation ranked sixth as a critical success factor in corporate endurance in a survey of 1,207 leaders conducted by AIM in 2009. The ability to adapt to change ranked top of the list with 87% of respondents naming this is the critical success factor, suggesting leaders were more interested in following early movers than taking the lead themselves.

But innovating is easier than most leaders realise because the realities of the task are widely misunderstood, according to Carmel Ackerly, the CEO of AIM Victoria. “Too many Australian managers think of innovation as developing new products or creating new services, and that makes it someone else’s problem. Everyone looks for the big bang – the secret that is going to drag them out of trouble.”

Thinking of innovation as a big task shifts it into the too-hard basket, with leaders deferring innovation altogether, delegating it to a particular division, or buying ideas from consultants or through business acquisitions.

Innovation is an incremental, everyday task, Ackerly says. “Innovation is something new, but it can be more but different, more from less, or diversification. It is making sure you are relevant and not standing still. It could be improving processes and introducing new technology, but it may or may not involve computers or machinery. It might be taking the five steps from factory to market and reducing it to three steps. It could be creating four new customers that are different from the ones you had before.”

Making innovation “everyone’s problem” transforms attitudes across all levels. “Most of the answers exist within your company if you allow your staff to make mistakes and do things better,” Ackerly says. “Managers also worry that they will have to spend money. They think what if we get it wrong – I have enough to do in own job. They are afraid. My advice to leaders is do not be afraid to ask staff.

“One of the reasons that leaders think innovation doesn’t work is that it is time-consuming and there are a lot of false starts. But what if you have a go, measure and analyse the result, tweak it, and develop a risk-taking and questioning culture where there aren’t any ramifications if you get it wrong?”

Leaders also worry that their innovative ideas might leak to competitors, but Ackerly says this is a matter of corporate culture. “You have to be explicit about confidentiality, but in terms of building up trust, if you engage staff properly in the future of the company, you will build a loyal faithful workforce.”

The first step is to have a conversation with staff assessing the realities of where the company is in the market, together with a competitor analysis. “Leaders need to discuss with staff where the company ranks against competition, and discuss what will happen if we continue doing what we are doing: who will survive, and what differentiates us? When you do that, you typically find you are exactly the same as competitors – that is the realisation that at all levels, people often do not get.”

The next step is identifying how to be different from competitors by engaging staff at all levels, and trust staff to be able to identify which of the ideas are most likely to succeed. Ackerly says: “They know what they are capable of – what they are good at.”

If the competitive analysis reveals the company is on a slide downhill, it is time for leaders to assure staff that they will not just sit there and let that happen. This means putting aside time and money for innovation, and many companies do this in terms of projects, with an external party to challenge the process and thinking, and hold them accountable to keep the project on track.

Ackerly says she is not in favour of incentive programs for innovative ideas because she believes staff are already engaged in the idea of corporate success. “Everyone wants a job, they want to be loyal and see the company they work for grow and prosper.”