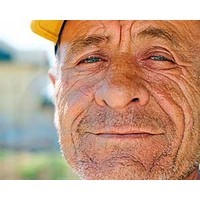 Australians may be living longer, but the growing incidence of cancer, heart disease, diabetes and back pain mean we’re spending more time living with illness, reveals the latest Global Burden of Disease Study.

The study, which took five years to complete and involved more than 400 researchers in 50 countries, found infectious diseases and malnutrition cause fewer deaths and illnesses than they did 20 years ago, but non-communicable diseases, such as heart disease and cancer, have become the dominant causes of death and disability worldwide.

Since 1970, men and women worldwide have gained slightly more than 10 years of life expectancy overall, but they spend more years living with injury and illness.

The researchers investigated a range of major risk factors for disease and estimated overall exposure to these risk factors, comparing 2010 with 2005 and 1990.

“Health means more than simply delaying death or increasing life expectancy at birth. Although life expectancy is increasing globally, we need to understand whether or not people are living those extra years in good health,” said Professor Joshua Salomon of Harvard School of Public Health, one of the study’s authors.

“Using the measure of Healthy Life Expectancy, building on new information and analysis from the Global Burden of Disease Study 2010, we’ve been able to gain new insights into patterns across countries and over time. This information is important for people living in ageing societies and for policy-makers thinking about long-term healthcare needs,” Professor Salomon said.

The study reports the staggering finding that on average, every person in the world experiences an 11% reduction in their overall health each year due to diseases and injuries.

“This is an extraordinary and ground-breaking series of studies on the global burden of diseases,” said Dr David Burgner, clinician and scientist in paediatric infectious diseases at the Murdoch Children’s Research Institute.

“They use disability-adjusted life years (DALYs) – a measure of the number of years lost due to disability, illness or death to express the burden of disease and years living with disability to quantify the consequences of common diseases on long term disability.”

Studies such as this are essential if countries are to be better informed about their health priorities and how these are changing, said Professor Alan Lopez from the University of Queensland’s School of Population Health.

“We know that dozens of countries have taken the methodology of (the study) and applied it to their own situation to better inform local health planning and policies,” Professor Lopez said.

Yet the world is virtually unprepared to cope with the rapid expansion of non-communicable diseases in low and middle-income countries, said Rob Moodie, professor of public health at the University of Melbourne’s School of Public Health.

“Less than 3% of development assistance in health is currently allocated to NCDs, yet they cause over half the burden of disease,” Professor Moodie said.

“We are also unprepared to deal with the two biggest preventable risk factors: hypertension and smoking – both have very cheap and easily implemented control strategies. And the globe has very limited capacity to deal with the industrial vectors of these NCDs – the giant transnational tobacco, junk food and drink, and alcohol industries.”

Dr Burgner said that while mortality and the burden of disease from infection in children had dropped it was still a huge issue. “I don’t think we should lose sight of that.”

He added that more work was required in Australia to collect high quality population based data, with Western Australia currently the only state doing it comprehensively.

“We really should be pushing for it across Australia to get a handle on what our health problems are. That would allow us to target prevention and services to bring the greatest benefit to the most people, most cost effectively.”

Charis Palmer is the News Editor at The Conversation, where this article first appeared.