Emotional intelligence is a huge part of leadership, but how should we measure it? 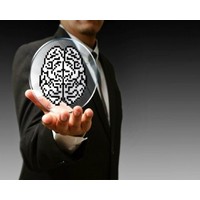 Recently in the Sydney Morning Herald careers section there was an article by Jim Bright titled ‘Neuroscience Fiction’. Jim Bright attacks corporate speakers in particular who flash up MRI brain scans during their PowerPoint presentations.

There is no arguing with an MRI, because they are done by scientists who know things. And MRI scans make great slides because they have got colours. Thus you have some corporate speakers going as far as to urge us to employ particular neurons to increase our empathy, or to reach our sales targets.

I must confess I have sympathy for Bright’s position. Currently neuroscience has become the dominant theme in emotional intelligence. Daniel Goleman has written a book about it, The Brain and Emotional Intelligence: New Insights. More than 70,000 people signed up for a Massive Open Online Course (MOOC), which started on May 1 called ‘Inspiring Leadership through Emotional Intelligence’. Richard Boyatzis, professor of Organisational Behaviour at Case Western Reserve University, is running the course and the first module spent an inordinate amount time on the neuroscience.

For example, he discusses how people have two networks in their brain. The task positive network (TPN) enables a person to focus, solve a problem and make a decision, but closes a person perceptually to new ideas. The social network (SN), part of the default mode network (DMN), enables a person to be open to new ideas, people or emotions, tune into others and moral considerations, but might leave a person open to distractions. (If this sounds like a rehash of the somewhat discredited left brain-right brain theory, I am with you.)

According to Boyatzis, the TPN and SN/DMN are, on the whole, independent networks and if one is active it suppresses the other. Boyatzis is a good speaker and the course is interesting so far, but I do think he and Goleman are barking up the wrong tree.

I think a much better way of thinking about emotional intelligence is to use the open systems interface (OSI) model of networking, which defines how the internet operates.

To those unfamiliar with the model it defines seven levels of communication, starting with physical level at the bottom and then gradually rising through data link, network, transport, session, presentation, till you reach the top level of application.

When you are a user at the top application level sending an email for example, you don’t care about how the bits are sent at the physical level. Similarly, when you try to work out how to manage one of your top performing salespeople who you think is potential corporate psychopath, you are not worried about mirror neurons and the levels of corticosteroids in his or her bloodstream.

The way to improve your emotional intelligence is to have a scientifically valid model of temperament, which I define as your genetically predetermined emotional response.  People drive performance, emotions drive people, and it is temperament that drives emotions.