Medical myth: You need eight hours of sleep each night 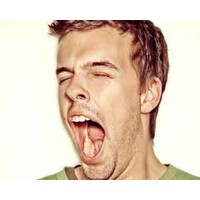 We’re often told by the popular press and well-meaning family and friends that, for good health, we should fall asleep quickly and sleep solidly for about eight hours – otherwise we’re at risk of physical and psychological ill health.

There is some evidence to suggest that those who consistently restrict their sleep to less than six hours may have increased risk of cardiovascular disease, obesity and diabetes. The biggest health risk of sleep deprivation comes from accidents, especially falling asleep while driving.

Sleep need varies depending on the individual and can be anywhere from 12 hours in long-sleeping children, to six hours in short-sleeping healthy older adults. But despite the prevailing belief, normal sleep is not a long, deep valley of unconsciousness.

The sleep period is made up of 90-minute cycles. Waking up between these sleep cycles is a normal part of the sleep pattern and becomes more common as we get older.

It’s time to set the record straight about the myth of continuous sleep – and hopefully alleviate some of the anxiety that comes from lying in bed awake at night.

So what are the alternatives to continuous sleep?

The siesta sleep quota is made up of a one- to two-hour sleep in the early afternoon and a longer period of five to six hours late in the night. Like mammals and birds, humans tend to be most active around dawn and dusk and less active in the middle of the day.

It’s thought the siesta was the dominant sleep pattern before the industrial revolution required people to be continuously awake across the day to serve the sleepless industrial machine. It’s still common in rural communities around the world, not just in Mediterranean or Latin American cultures.

Our siesta tendency or post-lunch decline of alertness still occurs in those who never take afternoon naps. And this has less to do with overindulging at lunchtime and more to do with our circadian rhythms, which control our body clock, hormone production, temperature and digestive function over a 24-hour period.

Historical records also suggest that a segmented or bi-phasic sleep pattern was the norm before the industrial revolution. This pattern consists of an initial sleep of about four and a half hours (three sleep cycles of 90 minutes each) followed by one to two hours of wake and then a second sleep period of another three hours (another two sleep cycles).

During the winter months, northern Europeans would spend nine or 10 hours in bed, with two to three hours of it spent awake, either in one long mid-night period or several shorter wake periods across the night.

The bed was the cheapest place to keep warm and was considered a place of rest as well as sleep. A few hours of wakefulness certainly wouldn’t have been considered abnormal or labelled as insomnia.

These days we expect to have close to 100% of our time in bed asleep, dozing off within minutes and not waking at all until the alarm sounds. Unfortunately this myth sets us up for worry if we find ourselves awake in the middle of the night. And this worry can lead gradually to the development of insomnia.

Humans can sleep on very different schedules, with little difference in wakeful competence. International sleep researchers have trialled a number of different sleep schedules: sleep for 20 minutes every hour; one hour of sleep every three hours; 10 hours’ sleep every 28 hours. Participants survive easily on all these schedules despite their impracticality in our 24-hour world.

The best quality sleep is obtained during our circadian low phase – when body temperature and metabolic rate are at their lowest. For most people, this occurs late at night. But just like other species, humans can be opportunistic sleepers and satisfy our need for sleep when we get the opportunity.

There’s no doubt that the eight-hour solid sleep myth is a relatively recent cultural imposition. And although it satisfies our modern lifestyle, it does have its disadvantages.

Some have lamented the loss of wakefulness between sleep cycles as a valuable time of contemplation or creativity.

But probably the greatest negative impact of the eight-hour sleep myth is its power to create insomniacs out of good sleepers who experience normal awakenings across the night.

Leon Lack is a professor of psychology at Flinders University. This article first appeared at The Conversation.