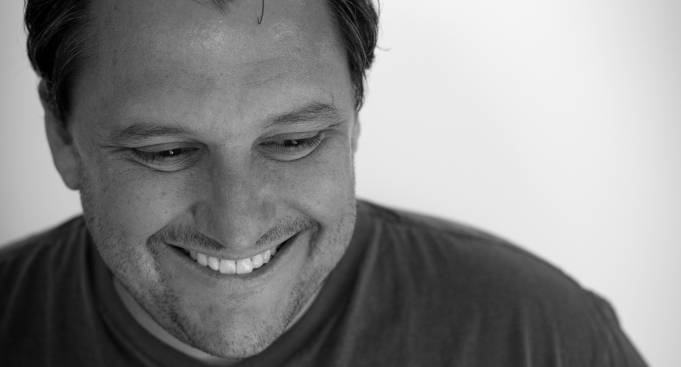 The founder and chief executive of one of Australia’s pioneering medicinal cannabis companies has called for caution in the industry, warning off aspiring entrepreneurs who are looking to make a quick buck.

The company, Medlab, and its chief executive Sean Hall have been working in the medicinal cannabis and nutraceuticals space since 2012, being the first Australian company to be granted a license to run medicinal cannabis trials in the country.

Currently, his business is in the process of trialling a number of products containing Cannabidiol (the chemical form of cannabis), one focusing on pain reduction for cancer patients, and the other to treat seizures and chemo-induced nausea and vomiting.

Hall tells SmartCompany one of the number one areas he sees medicinal cannabis have real benefits in is the pain-treatment space, referring to the over-prescription of opioids such as Codeine and OxyContin as why alternative treatment methods are necessary.

“I’ve been in the pharma industry for a long time, and I’ve seen opioids rise for close to three decades relatively unchallenged as the standard for pain management,” Hall says.

“More and more are being prescribed for less and less reason, largely because pain itself is so subjective.”

Cannabis can provide a solution for patients where they are experiencing intractable pain, which is pain that is constant and excruciating, and can lead to depression and can reduce food intake. Additionally, the drug provides an alternative for patients where opioids either fail to work, or produce severe side effects.

Knowing this, Hall says it was a “one plus one equals two” moment, seeing the market opportunity for a company like Medlab to move into. Alongside its cannabis-related work, the company also produces a range of nutraceuticals and pharmaceuticals with a focus on treating chronic diseases.

However, when the company listed in 2015, its cannabis-related trials were its lead products, and Hall says its an area he wanted to focus on from the get-go.

“We talk about Medlab as being an ethical stock, doing something that enhances human life. There’s no silly science, we do see ourselves in a different sector to a lot of other ‘pot stocks’,” he says.

It’s in that ‘pot stock’ space, a colloquial term for listed companies working in the cannabis industry, where Hall is a rare voice of caution. Coming from a pharmaceutical background, Hall has seen the risks of jumping on a new drug solution too quickly and only realising the risks 10 years down the track.

“We as a species have been too quick historically to jump on something, only to realise the side effects 10 years down the track. Opioids were a godsend in the 80s, now they’re the devil. Antibiotics have saved millions, but now we’re struggling to deal with superbugs which are totally antibiotic resistant,” he says.

“So while we’re quick to adopt, we’re slower to think about the future. But I recognise that’s hard for a lot of people when we’re talking about sick relatives.”

Hall also raises caution on the societal ripple effects of full legalisation of cannabis, and the risks of many patients self-diagnosing for cannabis treatment when they may not strictly need the drug.

With this in mind, he urges anyone considering participating in the cannabis industry, either in the research, growing or pharmaceutical space, to do their research and to not be a money-chasing “cowboy”.

“It’s a double-edged sword, as we want more people to get involved so to drive awareness, but we also want to temper that involvement so we don’t have people pushing alternative schools of thought and singing about the fact they’re going to make billions,” he says.

“Caution is what I promote, in favour of people doing some research, bonafide research which can collectively aid the industry.”

Asked what he’d recommend to any business owner looking to make a start in the cannabis industry in Australia, Hall says he’d first congratulate them for making the move into “uncharted waters”, but would question their motives.

“It’s a big risk, so if they’re doing it because they want to make money, well, you can make money flipping pizzas,” he says.

“If they’ve got something unique to do and they want to prove it, I’d take my hat off to them.”

“If they want to grow it in their backyard and make a buck, I’d raise my eyebrows.”

Looking into his “crystal ball” on the future of the cannabis industry in Australia, the founder says decriminalisation will lead to one certainty in the market: a race to the bottom on price.

“When everyone is selling, the only outcome is a race to the bottom. You’re playing generics, all you have is the colour of your label and your price,” he says.

When this happens, Hall says the outcome he’s most concerned about are sellers stepping over the line, promoting health claims on their products which aren’t approved by the Therapeutic Goods Administration, Australia’s drug authority.

“Once you do that you’ve broken federal law, and then there’s got to be a government reaction. That’s the macro effect of these issues, and that could change the landscape,” he says.

“Businesses need to have innovation and safety in mind.”

“It’s not for the faint of heart — it takes a lot of time, conflict and energy. But if it was easy, everyone would do it.”