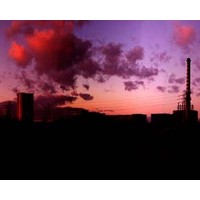 For biotechnology companies, the path towards commercialising a drug is torturously long and extraordinarily expensive. And while drug company executives are typically blessed with patience, securing funding to get through the multiple rounds of drug development is no easy task.

Melbourne-based biotech Avexa is one of many companies facing an uphill battle to get the cash it needs to bring its developments to market. The company, which is developing a HIV drug called ATC, needs a conservative $30-40 million to take its drug through trials and towards commercialisation.

It’s money that the company doesn’t have and is apparently unlikely to get through normal channels. So chairman Iain Kirkwood has taken a highly unusual approach to funding Avexa’s drug development – he’s invested $US4 million in a coal mine in the US state of Alabama.

Avexa will get a 25.5% stake in Coal Holdings USA, which has the rights to develop the mine, which is just outside the town of Birmingham.

In addition, the Melbourne-based company will loan the Coal Holdings $US6 million at 6% per annum.

While conceding that it is a bold strategy, Kirkwood says his board has examined a range of proposals and merger opportunities “many of which attributed no value to Avexa’s portfolio of anti-infective projects”.

“This opportunity stands out. We believe the model will change the paradigm for funding biotechnology, which previously has been done via multiple equity raisings and federal and state government grants including the R&D tax rebate concession,” he told the market yesterday.

“Many biotechs also look to big pharma to support or buy into their projects. However, since the global financial crisis both big pharma and shareholders have become much more risk averse and reluctant to support even late stage drug developments. Avexa shareholders have already invested over $160 million in the company since listing on ASX in 2004.”

Kirkwood was introduced to the deal by Singaporean investor Jonathan Lim, who owns a 17% stake in Avexa and will take a 25.5% stake in Coal Holdings alongside the biotech.

What Lim and Avexa are most focused on are the economics of the plan. With production costs expected to be around $US50 a ton and metallurgical coal tipped to sell for around $US130 a ton, the mine could generate $US50 million a year in earnings before interest and tax.

Avexa will take $12.5 million a year pre-tax and about $US8.1 million a year after tax. Kirkwood expects the $US6 million loan should be repaid out of the first year’s cashflow.

Mining is expected to begin in the next nine to 12 months, with cash to start flowing to Avexa in 18 months. The mine is expected to have a life of 15 years.

“Two experts have reviewed and verified the technical and economic assumptions used in the project’s business plan,” Kirkwood told the market yesterday.

“Avexa is attracted to an opportunity which, for a $US10 million investment, is expected to generate $US12.5 million per annum before finance costs and tax based on the reviewed underlying project assumptions. The investment is expected to have a pay-back period of less than two years on these assumptions.”

Of course, this is not an investment without risk.

Firstly, Avexa currently has $16 million in cash and liquid investments, so a $10 million outlay is no small thing.

Secondly, the mine in Birmingham has been in operation before and will now be reopened – taking a bet on a project that was canned by its previous owners isn’t a traditional path to success, although it has been done plenty of times before.

Thirdly, commodity prices are volatile. While the mine’s cost base looks low compared with current prices, those dynamics can change.

And finally, Avexa is a biotechnology company, not a mining investor. Expert approval or not, the company will clearly be operating outside its comfort zone.

All that said, it will be fascinating to watch how this deal pans out. And at least you can’t criticise Kirkwood for not bringing an imaginative approach to an old problem.