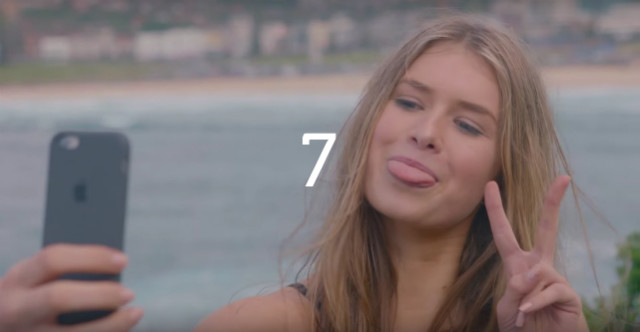 A secretive Melbourne startup with $1.5 million in seed funding and a pre-launch valuation of more than $10 million is growing at a quicker rate than Snapchat after securing over 11,000 users in its first week.

After the successful launch late last year, Bomb’d is bringing its photo and video sharing platform to the US.

And the team behind it have grand ambitions – namely to be the next big social network. It wants to be the cooler alternative to Facebook and the realer version of Instagram.

Bomb’d is based on a simple premise: rather than a user choosing when to send content to their friends, these friends can request when the user sends a photo or video to them.

Think Snapchat but with a request-based mechanism.

Users can send a ‘bomb’ to their friends, that has a three-hour expiry time. Once it’s triggered, the receiving user has seven seconds to send a picture or video of what they’re doing at the time.

If it sounds weird, pointless or confusing to you then you’re probably not in the startup’s target demographic; it’s squarely and unashamedly aimed at teenagers and young adults.

A VEIL OF SECRECY

Based in Melbourne, Bomb’d has been operating largely in secrecy until its grand launch at Schoolies week last year. Despite the app now receiving a large amount of publicity, the founders behind it are doing their best to remain secret.

Answering StartupSmart’s questions via email, the Bomb’d team wouldn’t reveal the identity of its founders, but last week Business Insider revealed that the founders of digital marketing startup Peazie Jayson Hornibrook and Markie Bryant are also the founders of this new venture.

The idea for Bomb’d is based around a simple human desire to know what your friends are doing, a spokesperson for the startup says.

“We take away the filters to offer a raw unedited glimpse into real life, and that’s something that’s resonating with our audience,” a Bomb’d spokesperson says.

“Our day to day life isn’t just a highlights reel.”

With a launch at the school-leavers celebration Schoolies, Bomb’d is directly targeted at teens and young adults.

According to the founders, the app brought on 11,000 users during this launch, with 74% of them still remaining active.

During the same space of time after its launch, social network giant Snapchat only had 3000 users.

“The Australian launch of Bomb’d at Schoolies week proved that the school-leavers loved the idea and came up with some pretty unique ways to use the app,” the spokesperson says.

“The new concept of ‘requesting’ content versus ‘publishing’ really ignited a fire in Australia and was a driver for such rapid growth.”

The initial idea for the social network platform arose from a game the founders use to play with their friends.

“The Bomb’d concept was born from human curiosity,” the spokesperson says.

“We started texting each other with a bomb emoji with the idea that everybody had to respond as soon as they saw the message no matter what and the idea grew from there.

“We wanted to know what our friends were up to, we wanted to be able to see it in image form and we wanted it to be real time and unfiltered.”

The concept has since developed, with the founders first testing it out with a small group of “close-knit” friends.

“Bomb’d has adapted and different people use it for different things,” they say.

“While the app interface and technology has changed, the desire and human curiosity to find out what your friends are up to is timeless.”

The founders say they closed a $1.5 million seed round last year in less than a week, a capital raise that valued the startup at more than $10 million.

The startup also made efforts to keep the identity of its investors secret, but Business Insider revealed that its main backer is Jamie Olsen of CMB Capital, who is also the third director in the company.

The founders are now on the hunt for further angel investment locally and in the US, and also have their sights set on a larger Series A round later this year.

Finding the right investors was always about more than just the money, the spokesperson says.

“We knew we had to seek funding from the right open-minded investors who were willing to take a chance and come up against Snapchat,” they say.

“Our backers and the people that believed in the idea from its inception phase span across the technology, media and corporate sectors.

“Each person involved in the project was hand-picked and personally approached – they saw the value in the app and the future.”

FILLING A GAP IN SOCIAL NETWORKS

The Australian startup is positioning itself directly again Snapchat, a $20 billion titan of the social media world, and a platform that sees seven billion videos viewed each day.

And the founders are relishing having such an established rival while also pointing out how their offering differs.

“Conceptually we are different to Snapchat,” the spokesperson says.

“You don’t have to wait for people to send you a snap or update their story to see new content and engage. Bomb’d keeps the conversational flow moving and also allows you to keep images forever.

“We are in a completely different category and are a truly social app, encouraging interaction between friends and beginning a conversation.”

It also seeks to solve an existing flaw in other social networks.

“One of our core insights is how people use social media when they are bored,” the spokesperson says.

“We have very strong visions about what the future of social media will look like and we are constantly listening, watching and evolving our product,” the spokesperson says.

“It’s all about providing a platform to request and express, be creative and fulfil the gap in the market. And there is a gap when it comes to people wanting to see real-time, raw and honest content.

“There’s more to life than glossy highlights reels and hiding behind filters.”

And just like its arch rival, Bomb’d has already courted controversy and in many cases seems to be actively encouraging it.

The name itself has already landed the startup in hot water, sparking a bomb scare during the Schoolies campaign, while the sexual connotations and possible uses of the service have been embraced by the company, which even refers to ‘booty bombs’ in press releases.

Following its immediate growth in Australia, one of the Bomb’d co-founders will be relocating to the US to oversee the app’s launch during Spring Break in the US, while the other will remain in Melbourne to consolidate its Australian operations.

The founders say Bomb’d will be exposed to over 150,000 school-leavers as part of the US launch.

“We have an app that has gained extraordinary traction in Australia – people downloaded it, loved it and are using it,” the spokesperson says.

“It’s time for us to divide and conquer and have the chance to give this app global growth.

“We are expecting to see usage skyrocket and numbers grow as the concept gains traction. It’s exciting to hear people make comments like, ‘I always want to know what this person is doing and this is the answer’.”

A key to the startup’s initial success has been a willingness from its entire team to take on outside feedback, the spokesperson says.

“Testing your product and launching amongst a small, fairly closed group is vital, as is taking on board feedback from anybody and everybody and understanding where they are coming from and making changes to improve the product,” they say.

“You can’t prioritise your own ideas and you need to take on the constructive criticism and feedback as it comes.

“People get most creative after a few drinks and are most open about their excitement, learnings and frustrations.”

The secretive founders’ last piece of advice can also read as their own blueprint for Bomb’d: “Launch small and then aim for global domination.”

This story was first published by StartupSmart.