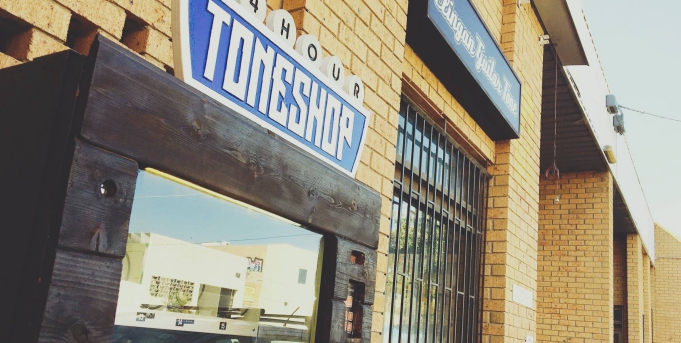 Retiring a fiery jam session because of a broken guitar string or snapped drumstick is a serious pain, which usually results in an abrupt suspension of musical expression until stores open the next day, but one Melbourne business wants to change that.

Collingwood music store Clingan Guitar Tone has installed a 24 hour “toneshop” vending machine out the front of its store, providing guitar strings, picks, tuners, straps, drumsticks and even patch leads at any time of the day.

Speaking to SmartCompany, the store’s owner Jereme Clingan, said the vending machine came as a “natural progression” of his stores’ services, with the shop regularly providing repairs and support for gigging musicians in the areas nearby.

“The shop has always been a hub for musicians to get help or information, along with getting stuff fixed,” Clingan says.

“We’ve always set out to be that hub, so the vending machine was just a natural progression to extend our service to fans wanting to get whatever gear they need at whatever time.”

Collingwood is a hotspot for live music venues, and Clingan recognised local musicians who are about to “slam out a gig” and are often in need of emergency equipment. 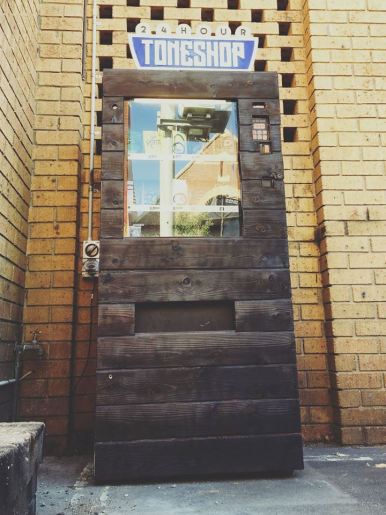 From Memphis to Melbourne

Clingan was inspired by similar ventures in famous music town Memphis, Tennessee, and the Melbourne machine was officially unveiled in April.

“There was a place in Memphis which had done the same thing, and it was in a similar main strip of music venues,” he says.

“If a famous live music town like Memphis can do it, why can’t we?”

After lining up a mate who has “vending machine connections”, the project got underway. Despite a few early hiccups with vandalism, Clingan says the response has been “fantastic”.

“We’ve had to re-stock it a few times already, last week people went bananas over it. It’s great to see such positive feedback, and so many people have said they’ll keep it in mind when they need emergency gear,” he says.

While the store’s still getting the hang of what sells and what doesn’t, Clingan has been open to feedback from local musos on what else should be in the machine. With guitar strings and 9-volt batteries being consistently popular, the store is considering adding items like gaffer tape and drum keys, after multiple requests.

Once the product offering has been ironed out, Clingan says the business is considering planting more vending machines around Melbourne, with the next location potentially being Brunswick.

“Once we find out what products work best, then we’ll think about expanding with more vending machines, maybe one in Brunswick in a venue itself,” he says.

“Right now it’s all about getting it refined and all the products working.”

“We’re not expecting to make millions off it, it’s just another aspect of how the business can cater to the needs of the public.”