Microwaves, Play-Doh and Teflon: Three big innovations that were discovered by accident 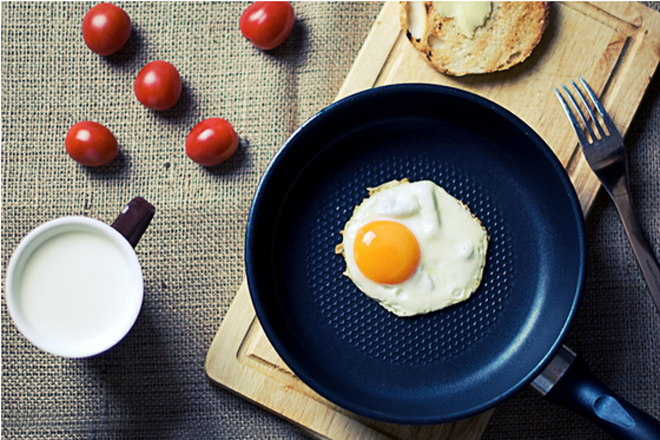 By John Bessant, University of Exeter

Accidents will happen – and as far as innovation is concerned, that’s a good thing. While much of any business person’s attention is focused on bringing new ideas to market or making systematic and strategically targeted changes, there are some occasions when fate takes a hand. What might appear to be a failed experiment or a strange but ultimately useless outcome can sometimes turn out to be the basis of a game-changing innovation. History is replete with examples – here are three of the most surprising.

Percy Spencer, working on microwave-based radar equipment at the defence company Raytheon in 1945, discovered that a chocolate bar in his pocket had melted. He made the connection that electromagnetic radiation could be harnessed to cook food and developed the microwave oven.

Kutol Products was a struggling company trying to sell a paste originally invented in the 1930s for cleaning dirty wallpaper discoloured by soot and coal-fire residues. By the 1950s changes in home heating meant that coal fires were on their way out – and so was Kutol Products’ business. But imminent bankruptcy was held off by a discovery by children of the potential for using the paste as a moulding clay toy. Repackaged, Play-Doh persists to this day, finding its way into carpets and onto furniture in millions of homes around the world.

Roy Plunkett was working on chlorofluorocarbon compounds in the chemical company DuPont’s labs in 1938 trying to improve refrigeration materials. Returning to examine the results of his latest experiment he was bitterly disappointed to find one canister no longer contained the gas he expected but some waxy white and slippery material instead. He took time to play with the compound and realised its incredible properties as a lubricant with a very high melting point – perfect for a host of military applications and, eventually, non-stick frying pans. The compound – polytetrafluoroethylene – was trademarked Teflon by DuPont in 1945.

We could add Viagra, penicillin, cornflakes, velcro and a host of others to this list. All were innovations triggered by accidents, with unexpectedly successful (eventual) outcomes.

While fate played an important part in all these discoveries, the way they were capitalised on is something we can learn from. Scientist Louis Pasteur’s famous comment that “chance favours the prepared mind” is a good place to start.

It’s no coincidence that these discoveries took place in contexts where the individuals concerned could explore, experiment and accept failure without fear of being penalised. So we need to allow the space and time for experimental freedom in our schools and businesses.

Another part of the story is recognising the role of hard work and timing in accidental innovation. Many of the accidents took years to develop after their initial discovery and had to be fine tuned after a great deal of experimentation.

Also, many discoveries had no apparent need when they were first stumbled upon – it’s often only later when an alternative need emerges or is created that the real potential of the innovation becomes apparent. Not only does this different need often come from a very different direction, it is often created by the product itself.

In 1942, for example, Harry Coover was working in Eastman Kodak’s labs trying to perfect a material for a precision gun sight. The cyanoacrylate compound he experimented with was a bitter disappointment – it stuck to everything it touched. Six years later, however, while trying to use it for cockpit canopies, he realised the incredibly strong bonding powers could have a different application and Superglue was born. The final version of his product hit the market 16 years after his original experiments.

On the other hand, Spence Silver was working at 3M Laboratories in 1968, trying to develop a super-strong adhesive, when he accidentally created an unsticky, reusable one. After struggling to impress his bosses with it, Silver had a chance encounter with Arthur Fry who came up with the idea of using it to anchor his bookmarks. The rest is Post-it note history.

This raises another important key to successful innovation – connectivity. To make the most of our accidents we could do a lot worse than make sure they are widely publicised so that others – who may be able to apply them differently – know about them.

These days chance encounters and lucky meetings can be augmented by a wide range of brokers, ranging from organisations such as 100% Open or InnovationXchange – who act as intermediaries between organisations and individuals wishing to share knowledge – to innovation marketplaces such as InnoCentive and NineSigma. But while technology might make these connections easier, the underlying challenge remains the same: turning accidental discoveries that meet unknown needs into innovations that people can’t imagine the world without.

John Bessant, Professor of Innovation and Entrepreneurship, University of Exeter