Want your team to brainstorm better? Share your most embarrassing moment first 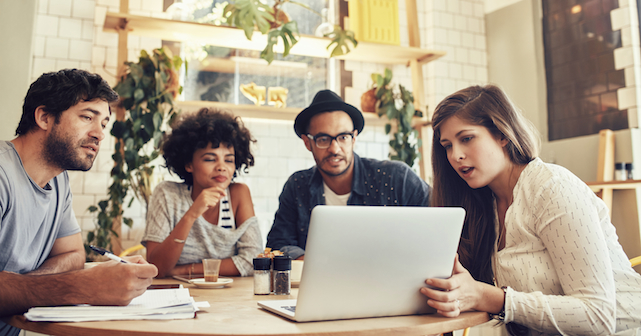 The key to staging more productive brainstorming sessions may all be in the preparation, with research pointing to the benefits of ensuring you get conditions right before the actual idea generation commences.

Research outlined by Kellogg School of Management at Northwestern University professor Leigh Thompson in the Harvard Business Review explores how people can be primed for better brainstorming and points to the effectiveness of candour in generating greater creativity.

Thompson and colleagues Elizabeth Ruth Wilson and Brian Lucas conducted a number of experiments in which participants were required to share personal experiences before tackling a brainstorming session.

Thompson writes that the researchers hypothesised that “the ’embarrassing story’ condition would lead people to drop their inhibitions and get more creative”.

Output was measured in terms of idea fluency and flexibility, and the embarrassing stories group lead the way, scoring 7.4 for fluency and 5.5 for flexibility, compared those in the group that had discussed pride, which scored 5.843 and 4.568.

A second study investigated how the same dynamic would work at a group level.

“We suspected that the effects might be magnified if the recounting of accomplishments caused people to worry more about hierarchy and social comparisons, quelling creativity, and if a discussion of foibles helped people to open up and take more risks, boosting brainstorming efficacy,” Thompson explains.

The researchers randomly assigned 93 managers from a range of companies and industries to three-person teams, with half of the groups told to share embarrassing stories and half talking about times they had felt pride, with the proviso that the stories involved them personally and had occurred in the previous six months.

A brainstorming challenge was introduced after 10 minutes, requiring the participants to generate as many unusual uses for a cardboard box as possible, with the same fluency and flexibility scoring criteria seeing the embarrassing story teams generate 26% more ideas spanning 15% more use categories than their counterparts.

“Thus, we propose a new rule for brainstorming sessions: Tell a self-deprecating story before you start. As uncomfortable as this may seem, especially among colleagues you would typically want to impress, the result will be a broader range of creative ideas, which will surely impress them even more.”