More than just cheap labour: How Asia is challenging us on innovation 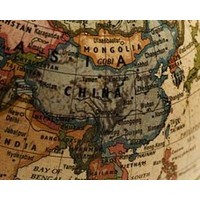 When we consider the wealth of Asia, we normally think of factory workers and mass-production instead of new, innovative ways of doing things. Sophisticated innovation can only come from advanced economies such as Australia, the thinking goes.

But that assumption is being overturned by countless examples of the innovation going on in Asia right now, warns Mark Crosby, an economist at the Melbourne Business School. Failing to heed the signals might lead us to a European-style malaise.

“The competitive landscape is changing far quicker than we realise,” he tells LeadingCompany.

“Take the school system in Shanghai. It’s topping the OECD, which might not surprise us given the stereotypes about Asian education. But what’s really interesting is the reforms they’ve been undertaking over there.

“There’s been a real desire to make children more creative and more innovative, and a huge amount of experimentation towards that. The curriculum has changed. There’s a recognition that the current system isn’t good for highly-level strategy and management, and they’re working on fixing that.”

“Or take the health sector in India, which has found ways to be extremely productive at extremely low costs. At a hospital in Bangalore, they’re doing bypass surgery for between 10%-40% of the cost to do it in Australia, with the same mortality rates and the same equipment. They’ve just organised it effectively and to scale.”

We don’t have those discussions, Crosby says. Our debates around schooling and health are always about allocating more money to things, not about doing them more efficiently and productively.

Crosby’s point is simple: Asian countries will soon be competing with Australia in areas where we think we have an advantage.

The government’s Australia in the Asian Century White Paper, released last year, sets ambitious goals for Australia to 2025. Many of these centre on boosting our perceived competitive advantages in education and innovation. But Crosby, while applauding the goals, fears we are far too complacent to achieve many of them.

“[Prime Minister] Fraser said life wasn’t going to be easy. Keating said it was a recession we had to have. There used to be an urgency about our place in Asia. But under both sides of politics, for the past decade, we haven’t done much.

“Now that we’re doing so well there’s so much less pressure on us.”

Australia is used to competing in the innovation stakes against Europe and America, Crosby says. But competing against Asian countries that have vastly different societies and governments requires urgent reform on Australia’s part.

“We have a tax system that’s too complicated, and we over-tax to afford middle-class welfare,” Crosby says. “That won’t allow us to be competitive. A discussion about the Family Tax Benefit [a tax perk for almost all parents] is weird from an Asian perspective. All that upper-middle-class welfare puts us at a disadvantage. It’s a different world to competing with Europe and the United States, and other countries with a big welfare system.”

Crosby also nominates a lack of entrepreneurial spirit in Australia as a problem.

If we don’t reform what’s the cost?

“Well, take a look at Europe,” Crosby says. “A lot of European countries aren’t poor. They’re just hanging on to what they’ve got. That means there’s a lack of opportunity for their young people to get interesting jobs. That’s the cost.”