No boom without bust: mining’s next phase 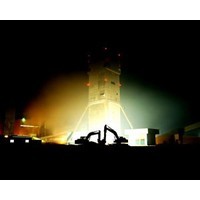 Much public discussion around the current mining boom focuses on the lack of qualified staff to fill an expanding employment market.

But yesterday’s report by Deloitte Access Economics warning that the “peak of the project pipeline is already in sight” and expected to tail off in one to two years, brings into focus a little-discussed topic – the actual nature of economic cycles in mining.

The report says while Australia is still a global standout, it warns that “the strong bit of Australia’s two-speed economy may not stay as strong beyond 2014.”

If this report is correct – and there are good reasons to suggest it is accurate – it brings into question whether labour shortages in regional and remote mining areas, particularly in the key states of Western Australia and Queensland, should continue to be the central focus of the discussion of the current mining boom.

If nothing else the Deloitte findings do point to the need for a closer examination of the actual nature of mining booms, and the capacity of the current conditions to deliver uninterrupted, long-term prosperity.

This analysis has been sadly lacking from the policy discussions of the mining boom, and so too have the lessons of previous mining cycles.

History tells us that mining is subject to boom/bust cycles where production expands in relation to demand, but when demand slackens, there are sudden corrections which come in the form of contraction of investment and production, mine closures and job losses.

It is important to point out that there is no immediate concern that this will occur in the current context. History does however provide some lessons that are worth considering.

Firstly, history tells us that commodity markets can be manipulated by consumers who can exert significant bargaining power. As an export rather than domestic producer of mineral resources, Australia is subject to fluctuations in the world export trade not only from pressure from consumers but also from entry of other suppliers.

Secondly, decisions about investment and production are based on forecasts of future demand, and consumers have a vested interest in over-forecasting their demand. The difficulty for resources firms is that there are long lead times between investment and actual production, meaning today’s investment must accurately predict consumer demand years into the future (as well as the investment decisions of other producers).

It is also in the interest of purchasers of export commodities to ensure security of supply. This means not only negotiating with many producers but also, where possible, contracting with suppliers of alternative fuels for energy or steel production.

These two consumer strategies are closely linked. Thus, to the extent that there is an over-investment in production across the resources sector, based on inflated demand, consumers are able to exert pressure on producers to reduce price.

This can and has occurred where a deal is struck with one key producer that provides for additional tonnage for that producer and potentially higher revenue, but at a lower unit price.

The danger is that this sets a new benchmark price and all produces must adjust. Even if expansionary conditions continue, and demand forecasts are accurate, it is questionable whether current commodity prices are sustainable (that is, affordable) for the end users of Australia’s key export resources.

While the nature of the discussion about the mining boom has been on whether expanding employment can be filled locally or with overseas workers, a key issue that has received less attention in this discussion is the associated benefits employers derive from experimenting with non-standard employment agreements, particularly where there are concerns about long-term employment prospects.

The Deloitte report may help to refocus the current debate to shed light on why atypical employment is so attractive to resources employers who are looking forward to a slowing of the strong part of the two-speed economy.