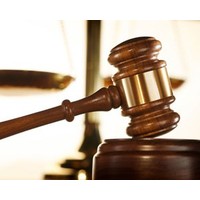 Productivity growth over the past decade has been “disappointing”, but cannot be blamed on the Fair Work Act, according to a review of the industrial relations regime released today.

“This is a good report,” Workplace Relations Minister Bill Shorten said in a press conference today. “I’m heartened that the conclusion is that our Fair Work laws are working, and working well.”

In a rebuttal to business leaders who have in recent months clamoured for changes to the laws, Shorten said the review found the industrial relations framework had no negative impact on productivity.

The minister stressed that workplace productivity could be found primarily at an enterprise level.

Wading further into the productivity debate, Shorten said labour productivity – which is just one element of productivity – has been rising for the past year, citing data from the Australian Bureau of Statistics.

The report is a striking win for the government, which was facing political pressure from businesses to change the rules. Businesses are likely to be waiting some time for changes to the industrial relations framework. Even if the Coalition wins government at the next election, industrial relations remains a political hot button that makes it difficult for either party to make dramatic changes, experts told LeadingCompany today.

The Fair Work Act was introduced by the Labor government under Kevin Rudd’s leadership in 2009. A reaction to the previous Coalition government’s controversial ‘WorkChoices’ legislation, it rolled back many of the provisions regarding the rights of employers to fire and hire.

The broad brief for the three panellists was to examine and report on whether there was any evidence for improving the Fair Work Act, as well as to examine whether the legislation was operating as intended.

The review received 250 submissions from businesses, unions and advocacy groups.

The review, which the government has had in its possession since June 15, makes 53 recommendations, most of them minor and technical in nature.

The review stated that productivity growth was a key concern in drafting its recommendations.

The panel made several suggestions to this end, including having the institutions created by the Fair Work Act take a greater role in encouraging productive workplaces. Their suggestions included:

The panel also recommended that the legislation be amended to promote “good faith” bargaining between unions and employers, especially in “greenfield agreements”, which apply to new projects. Employers had raised concern with the way some unions were deliberately slowing the commencement of new resource projects, thus increasing the cost for the developers and forcing them to make concessions.

Unfair dismissals were also an area of interest, with the panel recommending the regulator be given powers to throw out claims of unfair dismissal in certain circumstances, and to award costs against a party that is “unreasonably pursuing a proceeding”.

The panel also recommended the name of Fair Work Australia be changed “to a title which more aptly denotes its functions”.

“It is recommended the new title contain the word ‘Commission’ and that it no longer contains the words ‘Fair Work’,” the panel said.

The recommendations, which can be seen as minor improvements to the current system rather than its overhaul, has disappointed for Australia’s business community. In a survey released this week by Business Spectator, 82% of 96 chief executives surveyed said the Fair Work Act has had a negative impact on productivity in Australia, and 60% said their company was worse off because of the act.

The panel rejected outright various recommendations made by the business community, including making access to arbitration easier in the case of long-running disputes, lumping this in a category of changes that would “unreasonably favour one party over another”.

It also rebuffed calls for allowing individual agreements to have provisions that “undercut” award provisions. “In the panel’s view this is contrary to the objectives of the FW Act and inimical to both the making of collective agreements and the safety net role of modern awards.”