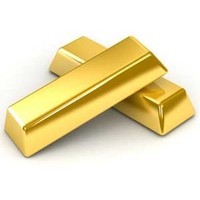 Australia has won 4 gold medals at the 2012 London Olympics.

With four days to go till the closing ceremony, this is shaping up as our worst performance in the summer games in several decades. We look likely to be beaten in the final medal tally by New Zealand, Kazakhstan and North Korea. To give you a feel for how good we normally do, in 2000 our athletes achieved a record 56 medals, 16 of them gold. In 2004 we were down slightly with 49 medals, but 17 were gold. In 2008 it was 46 medals with 14 of them gold.

Why aren’t our athletes coming first anymore? Some, like Kevin Gosper (our highest-ranked Olympic official), have said it’s because we didn’t spend enough developing our athletes this time round.

It’s a reasonable hypothesis – one we could test – but there are more interesting explanations out there.

The economists at ANZ, for instance, have had a bit of fun mapping out our Olympic performance against the $AUD.

Their regression has proven prophetic: “With the real AUD/USD at the highest rate it has been during an Olympic year, Australia is set to perform poorly in London,” the economists wrote on July 30.

They offered some possibilities as to why this was so. One was that when the currency is high, athletes have more spending money, and so slack off in the lead-up to events. Or, when the dollar is high, the budget suffers, leading to less support for our athletes. Thirdly, they suggested the high currency might lead to “a degree of complacency [creeping] into the national psyche”.

If we follow their calculations through, Australia should place 16th at the London games (which is a damn sight better than we’re doing now).

Perhaps to hold the angry mobs at bay, the ANZ economists ridiculed their own findings. ”Questionable statistical relationships rarely stand in the way of the truly Olympic economists,” they wrote. “Where there is correlation, they see causation. Where there is significance, they find meaning. In short, they identify the relationships the pack has missed, going the extra mile to win the gold medal for the clients and customers.”

Economics humour. It grows on you.

Taking their professional credentials rather more seriously were the economists at investment banker Goldman Sachs.

“At one level… it is hard to imagine that economic variables could even begin to capture the kind of individual skill, mental determination and hunger that drives athletes… But at the level of a country, it may be possible to identify the ingredients that unlock success at the Games,” they wrote.

They found average per-capita income levels to be positively correlated with Olympic gold. They then controlled for income, and found it wasn’t just income that helped countries do well, but rather being a developed economy. They also found the host country usually gets 50% more medals than their income suggests they should.