Oligopoly of the Big Four a raw deal for taxpayers: Bouris 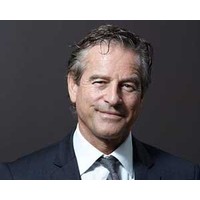 This election year I would like to see banking competition finally addressed. Lending is too heavily concentrated in the hands of the four majors, which are “too big to fail”, with profits and pay packets underwritten by taxpayers at the expense of choice.

Last year the International Monetary Fund (IMF) arrived at two key conclusions: that Australia has one of the most concentrated banking systems in the world, giving us a banking ‘oligopoly’ (or four monopolies). Second, that this oligopoly is a raw deal for the taxpayers who back it.

I’ve consistently questioned the idea that we are better off being serviced by four mega banks that can never be allowed to fail than a higher number of mid-sized banks that don’t suffer from the “heads we win, tails taxpayers lose” mentality.

The majors are now among the 20 largest banks on earth. This means CBA, with a market capitalisation of $100 billion, is now bigger than McDonald’s and American Express.

While bank funding costs have plummeted over the last six months, the majors did not fully pass on the RBA’s last two rate cuts to borrowers.

If you had an online bank deposit or standard savings account your rates were slashed by as much, if not more, than the RBA’s cuts. That’s called margin expansion.

The IMF found that the majors benefit from implicit taxpayer insurance whereby they can raise money more cheaply than smaller competitors because investors assume the government will be there to bail them out if they get into strife.

The IMF argued the majors should hold extra capital (or reduced leverage) to lower the risk that reckless lending results in taxpayer guarantees coming back into play.

In thinking about Australia’s banking competition crisis, I believe the global “regulator of bank regulators”, the Basel Committee, has come across a solution.

To meet their cash needs during a funding crisis, the Basel Committee recommends that all banks hold more high-quality assets that can be pledged or sold in exchange for money.

These include government bonds and AAA-rated “asset-backed” bonds. Most asset-backed bonds are simply portfolios made up of billions of dollars of our home loans.

Smaller players like Bank of Queensland sell asset-backed bonds to raise new money to compete with the majors. The attraction is that the price of the bond is generally the same for everybody and depends primarily on the quality of the loans.

If all banks are allowed to hold these bonds as part of a liquid assets portfolio, demand and activity for them will increase. This will improve the cost and accessibility of this funding source.

I hope local regulators embrace these recommendations. They have instead championed the principle that banks should borrow directly from taxpayers when they need cash. This strikes me as odd: taxpayer bailouts should be our last line of defence. It is also surprising because the assets that secure taxpayer loans are the same ones used in asset-backed bonds!