Open-sourcing may just be worth the risk 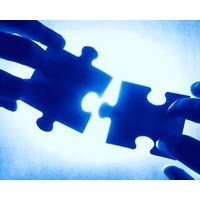 Everyone wants a little something for free. But giving other people access to a piece of your business could open you up to all sorts of criticism. Is open-sourcing worth it?

Earlier this year, my Vancouver-based company, Mobify, decided to open-source a key piece of our technology platform. We open sourced Mobify.js, our core framework that enables Web developers and designers to create mobile-friendly versions of their websites. ”Open sourcing’’ refers to the process of making a particular piece of software’s source code available to the public, so that anybody can recreate or modify it. Mozilla’s popular web browser, Firefox, the image format PNG and Apache, the world’s most popular Web server, are all examples of open-source technology in common use.

Other companies have discovered that open-sourcing is a path to success. Last October, Adobe purchased Nitobi Software after the latter company open sourced its flagship product, PhoneGap, in 2010. ”You can’t do it soon enough,” Nitobi’s co-founder, Andre Charland, said via email. ”You’ll be blown away by how much better your code gets and how much more quickly you can reach a broader audience.”

Our own decision wasn’t easy. Before open-sourcing Mobify.js, we had many concerns. If people could get the framework for free, would they still need our platform to run it? What if someone else used it to compete with us? What if someone used it for malicious purposes? How will the decision impact our revenue? What if everyone thinks our code is lousy, and nobody likes us?

Going open source takes humility and bravery. The process can occasionally be humiliating. When you open the proverbial hood of your company and let your customers poke around the engine, they’ll inevitably find problems you didn’t know existed.

You need to prepare your team for this eventuality and teach it to receive public feedback with grace. But before you dive in, you also need to know why you’re choosing the open-source path and what you want to get out of it.

Chief among Mobify’s motivations was improving the quality of our product. Successful open-source projects are rigorously reviewed and improved upon by thousands of community members. We have about 25 software developers and quality assurance professionals – this is no match for all the software developers in the world who might make use of our platform. Each one is a potential collaborator.

Of course, these potential contributors aren’t all based in Silicon Valley. Indeed, open sourcing your work can be an effective way to reach consumers in massive developing markets like India, Brazil and China. Mobify has worked with programmers from these regions – we wanted to help them develop local solutions to local problems. Developers in other parts of the world may not have a culture of paying for software or simply can’t afford it. We also saw an opportunity to recruit developers from these countries to help with the translation of code and related documents.

At Mobify, we considered what going open source would communicate to those outside the company. Over the years we’ve used a lot of open-source software solutions in our work. And we understand that a lot of what we do is only possible because of the open-source products that have come before. So open sourcing our own software is one way to acknowledge the debt we owe to the open-source community at large.

Finally, we thought about what it would mean to our employees and company culture. We value openness and transparency, and think these qualities are instrumental in growing a successful business. We believe that every time we release code on the Web we improve the health of our company. Additionally, programmers tend to be a meritocratic lot, so the idea of ”open sourcing it all and letting the best software win’’ is fundamentally appealing to them. In fact, we’ve already received inquiries from skilled programmers who have inspected our code and want to join our team.

Going open source can be a scary proposition, but it can also bear fruit. Not only can it help you root out bugs in your products and services, it can also help you discover new markets, new ideas for products and new sources of talent.

Igor Faletski is the CEO and co-founder of Mobify, an open mobile platform, and a frequent contributor to Mashable, GigaOM and CNET.