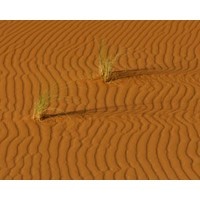 Organic products were a luxury with little market to speak of when Ibrahim Abouleish founded Sekem, Egypt’s first organic farm, in Cairo in 1977. The years Sekem spent honing sustainable cultivation practices paid off, though, in 1990, when it moved into growing organic cotton. Organic produce was entering mainstream Western stores then, and worldwide demand for all things organic began to surge.

There were other advantages to the organic approach as well: Sekem’s farming techniques helped reclaim arable land from the Sahara, which had been spreading into the Nile Delta. With them, the soil absorbed more carbon dioxide from the atmosphere, decreasing greenhouse gases, and cotton crops needed 20 to 40% less water.

In the bargain, organic techniques lowered the farm’s costs, improved average yields by almost 30% and produced a raw cotton that was more elastic than its conventionally grown counterpart. So, far from being an expensive indulgence, organic cotton offered Sekem a business model that was more sustainable – not just environmentally but financially. In recent years, that model has generated healthy revenue growth: From 2006 until the disruptions of the Arab Spring in 2011, the business posted 14% annual increases, and Sekem is one of Egypt’s largest organic food producers.

Rapidly developing economies are often portrayed as sustainability laggards – focused more on raising their citizens out of poverty than on protecting the environment. It’s true that their regulatory bodies can be weak, hesitant to impose restrictions on newly liberalised markets or resentful of pressure from industrialised nations. But the developed world has never had a monopoly on visionaries, as Sekem’s story illustrates. And in markets where the pressures of resource depletion are felt most keenly, corporate sustainability efforts have become a wellspring of innovation.

That’s what we found in 2010, when the Boston Consulting Group joined forces with the World Economic Forum to identify companies with the most effective sustainability practices in the developing world. The study involved reviews of more than 1000 companies ranging in size from $25 million to $5 billion, from a wide array of markets and industry sectors, and included interviews with almost 200 executives. From the pool of companies studied, we identified more than a dozen “champions,” whose sustainability practices were highly effective, innovative and scalable.

These organisations are located in countries across Latin America, Africa, the Middle East, Asia and the South Pacific. Some pursue sustainability out of pragmatism, some out of idealism. But regardless of their motivation, they have consistently generated above-average growth rates and profit margins.

To make their environmental efforts pay off financially, these companies have, broadly speaking, followed one or more of three main approaches.

It’s hard for companies to recognize that sustainable production can be less expensive. That’s in part because they have to fundamentally change the way they think about lowering costs, taking a leap of faith, as Sekem did, that initial investments made in more costly materials and methods will lead to greater savings down the road. It may also require a willingness to buck conventional financial wisdom by focusing not on reducing the cost of each part but on increasing the efficiency of the system as a whole.

Unlike Western companies, which often try to mitigate the environmental damage done by their operations through costly retrofits or by underwriting the development of breakthrough technologies (think catalytic converters and smokestack scrubbers), many companies in emerging markets start small. They begin by conserving their most constrained resource with a series of minor adjustments to their operations.

Costa Rica’s largest beverage bottler, Florida Ice And Farm, for instance, started by simply repairing water leaks in its production equipment in a timely fashion. In the Philippines, the Manila Water Company similarly focused on water lost to leaks or illegal taps of its pipes. Such savings are hardly trivial: from 1997 to 2010, the company recovered an amount of water equal to the supply from a medium-sized dam, which would have cost an estimated $750 million to build.

As low-cost moves reap larger and larger returns, businesses can expand conservation efforts to other parts of their operations. Eventually, savings can mount high enough to fund purchases of expensive technologies and research and development initiatives that many Western companies might have started with.

Impressive as the cost efficiencies are, more intriguing is the growth that companies in emerging markets have gained by extending their sustainability efforts to the operations of their customers. Companies are building unique business models by boosting customers’ buying power and, in the process, creating interdependencies that are difficult for competitors to copy.

In Chile, Santiago-based Masisa is experimenting with a way to expand demand for its sustainably harvested wood. It has created a network of local carpenters to whom it gives training and special access both to its lumber and to Western customers willing to pay a premium for furniture made from it. Masisa aims to build demand for its products in remote, underdeveloped areas of the country, while giving the carpenters an incentive to use sustainable wood rather than buy from illegal cutters.

In Brazil, the natural-cosmetics company Natura has built a unique competitive advantage by forging a similar symbiotic relationship – not with its customers but with its suppliers. The company has worked with rural communities, local governments, and NGOs to develop ways to sustainably extract raw materials. In turn, it teaches those methods to its suppliers, thereby helping them create jobs and increase capabilities in their communities.

In an industry where offering a constant stream of new products is crucial, Natura can compete against large multinationals with a far smaller investment in R&D, thanks to its research partnerships. More than 50% of the 427 products the company launched from 2008 to 2010 were developed through its open innovation efforts.

It’s remarkable how many companies in emerging markets chose to embark on sustainability efforts long before any imperative arose. In the process they often gained important first-mover advantages as markets for environmentally friendly goods grew.

Ready or not, we are moving to a world of scarce resources, in which companies will increasingly need to consider their total return not just on assets and equity but on resources. They will have to monitor how much water, soil and other natural resources they consume, as well as the pay-back they get from them. Companies that fail to calculate this equation will find themselves at the mercy of price increases and volatility, regulation and social pressures, while those that master it will enjoy competitive advantage and gain market share.

Knut Haanaes is a partner in the Geneva office of the Boston Consulting Group and the global leader of BCG’s Strategy practice area. David Michael is a partner in BCG’s San Francisco office and the global leader of BCG’s Global Advantage practice area. Jeremy Jurgens is chief information and interaction officer at the World Economic Forum in Geneva. Subramanian Rangan is a professor of strategy and management at Insead, in Fontainebleau, France.