Our choice: pay for a car industry, or live with consequences 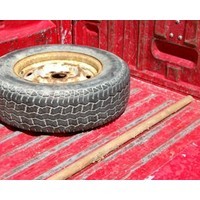 Ford’s announcement on Tuesday of 440 job cuts is the culmination of almost 40 years of automotive industry policy failure.

Ford will slash 15% of its workforce and cut production by 29%, as the industry struggles to cope with the dual pressures of a strong Australian dollar and declining large-car sales.

In some respects, it is surprising that Ford is still operating in Australia. The “Ford 2000” strategy, formulated in 1996 at Ford’s worldwide headquarters in Dearborn, envisaged a number of regional production centres. Originally, Australia was not one of them.

That changed when the boy from Broadmeadows, Jac Nasser, moved to Dearborn as CEO of Ford Motor Corp in 1999. Nasser had previously headed Ford Australia and Ford Europe. An aggressive cost-cutter, Nasser nevertheless saw a future for Ford automotive manufacturing in Australia, although this would require substantial government subsidies and the maintenance of protective tariffs.

Tariffs. Protection. Subsidies. The three watch words of the Australian car industry. But how did we get here? And what pot holes lie on the road ahead?

The shift away from labour-intensive forms of production in Australian industry has essentially resulted in a phase of “de-industrialisation”. In 1982, Barry Bluestone and Bennett Harrison defined deindustrialisation as “a widespread, systematic disinvestment in the nation’s basic productive capacity … the way capital – in the forms of financial resources and of real plant and equipment – has been diverted from productive investment in basic national industries into unproductive speculation, mergers and acquisitions, and foreign investment”.

Foreign industries in Australia have only existed historically for one reason: to bypass the high levels of protection which characterised post-Federation Australia. The abrupt shift away from these policies, beginning in the 1970s, and accelerated in the 1980s, coincide with the rapid de-industrialisation of the Australian landscape. But it is no coincidence that correlations may be drawn between the elimination of protection and the failure of local industries to adapt and restructure within the highly-competitive pressures brought to bear by global industries.