Our universities are among world’s best – but for how long? 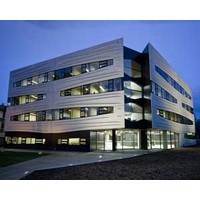 More Australian universities are now in the top 100 ranked universities in the world, according to the Academic Ranking of World Universities released yesterday.

Melbourne University topped the list of Australian universities. It was ranked 57, up three places from last year. ANU came a close second to Melbourne at 64 (up 6 places), while UWA made it into the top 100 for the first time at 97.

American and British universities still dominated the top 10 with Harvard University coming in at number one. Chinese universities are rising in the rankings – in 2005 China had only eight universities in the top 500 but this year has 28.

The annual rankings are based on a number of indicators including research citations, the number of articles published and Nobel Prize winning staff or alumni.

Melbourne University’s Professor of Higher Education Simon Marginson said Australia’s improved result was likely a delayed response to extra funding and policy changes made three or four years ago, which coincided with the peak of the international student market in Australia.

Australia’s moves up the rankings were “quite significant” Marginson said, particularly the entry of UWA into the top 100. UWA’s Life Sciences subject was also the highest ranked of any discipline in Australia. But he warned these gains could stagnate:

“Because the international [student] market is headed down and with no more increases in government funding in the pipeline, we’ll be struggling to hold our current position over the next two, to three years … This could be the peak.”

UWA Vice-Chancellor Paul Johnson said his university’s improvement was the result of a long-term investment strategy, started under his predecessor Professor Alan Robson.

“[Olympic] athletes don’t get up one day and say ‘I think I’ll try and win an Olympic medal’. They have a plan, their coaches have a plan, they train very hard to get there… It’s the same for universities,” Professor Johnson said.

But he noted Australian universities’ successes were much less likely to attract public attention:

“Winning the hundred metres is like getting an article published in Nature … but 9.6 seconds on the running track is great TV; four years work in a laboratory by a team of 28 researchers is not.”

Melbourne University Provost Professor Margaret Sheil welcomed her university’s top position in the rankings. She said it was gratifying to “be recognised among the world’s greatest universities.”

Monash University Vice-Chancellor Ed Byrne said he was proud of the improvement Monash had made – the university moved up 22 places from last year’s rankings. His staff would continue to “strive to be the best for our students and our staff,” he said.

“All Australians should be very proud that our universities continue to improve their standing among the best in the world.”

Bella Counihan is an editor at The Conversation, where this article first appeared.