Patent truth for Apple: Innovate to stay on top 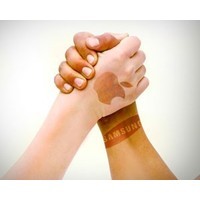 Apple’s innovation model has been challenged in its patent spat with Samsung, even as its recent stock price climb made it the most valuable company in the US.

Wharton legal studies and business ethics professor Kevin Werbach says the patent system in software and IT is “broken”, but the maker of the iconic iPhone, iPad and iPod devices has to keep innovating to stay ahead of competitors.

After a three-week trial in the US, jurors delivered a sweeping victory to Apple this week, awarding the company $1.05 billion in damages.

Apple had accused Samsung of copying its patented designs and software, and the adverse ruling for Samsung could result in a ban on some of its products in the US. In a countersuit, Samsung has also accused Apple of patent infringements. A court in South Korea ruled that both companies violated each other’s patents, and ordered the firms to pay damages in addition to imposing a ban on sales of some of their products.

According to Werbach, the dispute raises bigger questions about innovation, competition and patents. The patent system has become “a competitive weapon rather than a means of fostering innovation”, he says. The devices, services and systems in the internet ecosystem depend on other parts of the system, and build on established foundations, he adds. “If restrictive licensing and relentless patent warfare become endemic to the Internet economy, growth and innovation are bound to suffer.”

Many core technological innovations — such as the communication protocols that underlie the internet and the Unix foundation for Apple’s OS X operating system — are available to anyone for free, thanks to the involvement of governments, academic institutions and far-sighted innovators, Werbach points out. “Vast amounts of money have been made on top of the innovations they gave away.”

Apple’s growing rivalry with Samsung seems understandable. Samsung has the largest share of the global smartphone market — 21.6% in this year’s second quarter, compared to 16.3% in the same quarter last year, according to research firm Gartner. Apple’s market share for its iPhone also grew in the same period — from 4.5% to 6.9%, which places it third in the sector, behind Nokia with 19.9% share.

However, Apple made history when its market capitalisation crossed $623 billion on Monday. That makes it worth 17 times as much as Ford Motor Company, seven times as much as McDonald’s Corporation and 13 times as valuable as Facebook, according to a Los Angeles Times report. Microsoft had until now held the crown of being the most valuable US company, based on a $621 billion market cap in 1999.

Werbach says he isn’t surprised about Apple’s valuation peak, although its continued dominance isn’t guaranteed. Market cap honours can be transient because they fluctuate based on investor expectations. Ultimately, innovation will remain the key for the company to stay ahead of its competitors. “Apple makes real things that people pay real money for, with consistently strong margins — which requires huge resources to compete against in a growing global market. That’s a good place to be.”