Perfect storm: It’s been all bad news, all at the same time for company directors 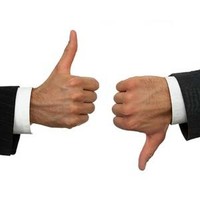 Director sentiment is at its lowest point since the Australian Institute of Company Directors started recording it two years ago.

For the first time, it showed falling confidence scores across every index segment, including economic concerns, business conditions, and regulation and government policy. The survey is conducted by research house Ipsos and surveys more than 500 directors in medium-sized and large companies every six months.

AICD managing director John Colvin told media this morning that increases in regulation had come at the same time as increased concerns over the global and Australian economy. He said this, coupled with a minority government – which most directors didn’t think understands business – has made directors in medium and large companies pessimistic about the future.

Colvin says the survey is especially concerning because, by their nature, directors are optimistic. “They want to make business work better,” he says.

“A lot of these things, directors said, had an even bigger impact on consumer confidence than they do on business,” Colvin says. “This all feeds into the current softness of the economy.”

Less than half (40%) of directors surveyed expect future growth in their business and most predict lower investment and staffing levels over the next 12 months. In the June 2012 survey, one in three (30%) of directors believed the Australian economy was strong or very strong. That figure halved in the most recent survey, to just 14%.

Between late August and October, when the survey was conducted, directors witnessed the national discussion about whether or not the mining boom was over. The Australian dollar remained stubbornly high, and concerns have grown about China, where a leadership transition is due shortly, and America, where a stalemate about how to deal with the budget deficit could trigger spending cuts that could plunge the country back into recession.