Philanthrocapitalism: The new face of giving 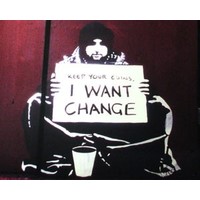 The collapse of the childcare business ABC Learning in 2010 was an extraordinary chapter in Australian corporate history. Colourful Queensland businessman Eddy Groves built the world’s largest publicly listed childcare operator only to see it blow up after it borrowed too much and expanded too quickly.

But what happened next was perhaps even more extraordinary – and opened a new chapter in philanthropy and social investment in Australia.

A small group called Social Ventures Australia, together with a consortium of major charities and philanthropists, stepped in to buy an organisation that covers 660 childcare centres and employs 14,000 staff.

The deal was underpinned by a new investment model. Instead of being asked to donate to the non-profit company or the charities that run the childcare centres, the social investors were asked to buy unsecured notes with a capped return of 12% a year.

The CEO of Social Ventures Australia, Michael Traill, was a keynote speaker at a roundtable on The Future of Australian Philanthropy hosted by the Centre for Public Policy at the University of Melbourne last Friday.

Traill reported that the childcare business, now known as Goodstart, is doing well. On a $700 million turnover, it is meeting its “blended” return targets – a capped financial return to investors and a social return to the parents (and the community) for the 72,000 children in its care.

The story of Goodstart is a prime example of the sort of changes that are occurring in Australia in the way people give – and what they expect back in return.

The traditional notion of the passive donor who is happy to just hand over a cheque does not fit with much of the contemporary experience.

In their place are philanthropists who want to do more than just give money. They want to contribute their expertise and skills, monitor the impact of their donation and participate in the journey of making change happen.

Some philanthropists go further again and embrace the notion of “philanthrocapitalism”.

Under philanthrocapitalism the not-for profit sector is viewed in a similar way to for-profit capital markets. Donors see themselves as “venture philanthropists” who back “social entreprenuers” and “maximise their social returns”. Philanthropist’s as “strategic change makers” for social purpose rather than simply “resource providers” for good causes.

In some cases, the philanthrocapitalist will expect financial or business returns over the long term.

Not everyone is signed up to this vision. To some the practice of applying business methods and measures to philanthropy, or harnessing the power of the market to achieve the goals of social change simply does not work.

The biggest question of all is how to measure the performance and value of a philanthropic organisation. In a business it is measured by profit. In a charity it is measured by something else, usually a social or environmental outcome. These can be very hard, if not impossible, to measure.

A second concern centres on philanthropists wanting to take a hands-on role in running a charity. None of the charities involved in roundtable had an issue with engaged donors or with charities being accountable through regular and accurate reports on outcomes. But there needs to be clear boundaries between the role of the donor and the role of the charity as a delivery agent.

While philanthropy does not exist in Australia on the scale it does in the US, we are still one of the more charitable countries in the world. The Giving Australia Report of 2005 noted that 87% of adult Australians make a donation and 41% are active volunteers. The same report estimated that philanthropic giving in that year was about $11 billion

All of the participants in the roundtable agreed Australia is likely to see an expanding role for philanthropy and the private sector in helping to meet social challenges.

This is stimulated by constrained public finances, emerging social challenges like a rapidly ageing population, and recognition of the social sectors capacity for innovation to achieve social change and improved social outcomes.

The role of good public policy in this evolution is central and government has a varied role to play. One role is to encourage giving and help align needs with donations – some areas are more popular than others when it comes to attracting donations. In promoting a good society, government needs to ensure needy causes do not miss out entirely.

While most roundtable participants recoiled at the term “philanthrocapitalism”, all agreed that in coming years we are going to see new platforms emerging for the delivery of social services and new combinations of government, philanthropy and charities working on social projects.

In NSW, the O’Farrell Government is running a pilot project using social interest bonds (SIB). Under a SIB arrangement a bond-issuing organisation raises capital from investors, based on a contract with government, to deliver improved social outcomes (often through a charity) that generates future government costs savings. As well as repaying the principal, investors are paid a reward if the agreed outcomes are achieved.

Most observers are withholding judgement on SIBs pending further evidence from the NSW trial and others abroad – the more sceptical see them as a policy instrument looking for an application.

In Victoria, an audit commission report to the Baillieu government in January recommended the government get out of directly delivering services and instead create competitive markets so that charities and other bodies can bid for government contracts.

Against this increasingly complex and rapidly changing environment, the new Australian Charities and Not-For-Profits Commission (ACNC) will open its doors on October 1.

The ACNC will oversee a new reporting framework and perform a public information function. It will actively promote good governance in charities and administer a new statutory definition of “charity”.

While there is broad support for the establishment of the ACNC some of the roundtable participants flagged reservations about its potential to tie-up charities in red tape. There are also concerns about complex requirements that limit the ability of people to make deductible donations to organisations. As well as questions over the criteria for organisations receiving Deductible Gift Recipient Status (DGRS).

Assistant Treasurer David Bradbury, a roundtable participant, was able to assuage these concerns – although the final proof will come over the next 12 months when the new arrangements take effect.

Others saw it as important to develop social investment as an asset class. Some of the superannuation funds have started making social investments but there is a long way to go. Even if funds took on this asset class as 2 to 3% of their portfolios it has the potential to drive far reaching change.

Finally, all participants emphasised the importance of building a centre of excellence to bring together existing research and evidence on the interface between public policy and philanthropy. This would need to complement the activity of existing research centres and the work of the peak body Philanthropy Australia and the soon to commence ACNC.

A quiet revolution may be underway in the social sector. The way we give is changing. What charities do with it is changing. Our challenge is to make sure it is for the better of all – particularly those most in need.

Nicholas Reece is a Public Policy Fellow at University of Melbourne.