A premature eulogy for public companies? 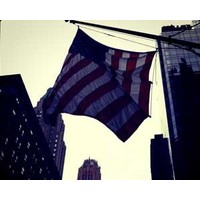 On its face, the number is stark: from the end of 1997 through this August, the number of companies listed on stock exchanges in the United States plunged by more than 56%. Some observers say this trend heralds the “twilight” of the public corporation, as companies try to avoid the expense and hassle of answering to shareholders and instead look elsewhere for capital – to sources like the private equity industry.

But other experts say “no,” insisting that the drop in listed firms is offset by other factors or due to temporary conditions. And they argue that going public is still the best way for many firms to raise capital – and will continue to be. “The idea that public companies will die, that’s actually somewhat old news,” says Wharton finance professor Alex Edmans. “The demise of public companies has been predicted many times in the past…. But it hasn’t transpired. There are many benefits to the public corporation.”

So who is right? Are public companies fading or not? Or is it too soon to tell? And if the best and brightest companies do shun the stock market, what will the result be?

The latest public-markets-are-fading salvo came in a blog post in The New York Times by Nancy Folbre, an economics professor at the University of Massachusetts, Amherst. “Public corporations that ordinary people can invest in and get rich from represent one of the great selling points of American capitalism – at least according to the salesmen,” she wrote early in September. “Yet corporations, which rose to dominance in the United States economy in the second half of the 20th century, are now waning in significance.”

This kind of argument arises from time to time, yet public corporations survive, says David A. Skeel, a professor at the University of Pennsylvania Law School. “It does have the feel of one of those bold statements that’s really great for headlines but is implausible once you scratch around the surface a little bit,” Skeel notes.

While the private equity industry has grown, it is not likely to take the place of the public markets in providing capital to companies, adds Wharton finance professor Richard J. Herring, noting that PE firms generally invest in “portfolio companies” for only a few years before selling them – often to stock investors in initial public offerings. “Several major firms have been purchased by private equity firms,” he says, “but generally they will be restructured and return to the public market. That is usually the favoured exit option.”

‘Triumph of the shareholders’

In the Times piece, Folbre drew from a recent paper by Gerald F. Davis, a professor at the University of Michigan’s Ross School of Business. Titled, The Twilight of the Berle and Means Corporation, it referred to the fading of the type of dominant public corporation described in 1932 by Adolf A. Berle, Jr, and Gardiner C. Means. Berle, a Columbia Law School professor, and Means, a Harvard economist, foresaw “an economy dominated by a handful of ever-larger corporations run by an unaccountable managerial class,” Davis wrote. In their view, as the number of shareholders increased, and as shares passed from one person to another in the secondary market, these owners would gradually lose control of managers who were out for themselves, and the system would eventually become a kind of feudalism.