Productivity: are you the problem? Why leading companies need to change 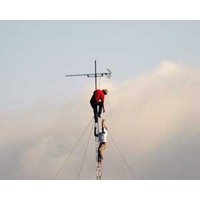 Leaders and managers are holding back Australia’s productivity – which has been falling for the past decade – a leading commentator on productivity, Saul Eslake, says. “Productivity growth only ever happens as a result of decisions that are made by individual managers and enterprises,” Eslake says.

It’s an issue that is keeping leaders awake at night. In fact, 80% of leading companies put productivity as a top business priority. However, only 19% measure it, according to the new study, The Telstra Productivity Indicator 2012, by telecommunications company Telstra. Telstra conducted 700 interviews with 387 private sectors organisations and 313 government organisations between September and October 2011.

Why the poor measurement record? Telstra’s director of strategy and business development, Antony de Jong, who started the survey four years ago, says: “Productivity is hard to measure. There is no single bullet measurement: in services, you look at labour productivity and in manufacturing and mining, you might look at return on capital or the number of widgets made. A macro-economic measure is the output per unit of input, but input can be people, capital, ideas …”

It’s time for leading companies to change. The difficult economic times worldwide mean managers must now understand, measure and improve productivity, says Eslake, who is author of a major productivity study for the Grattan Institute, and the chief economist at Bank of America Merrill Lynch Australia. Productivity, by definition, is a measure of the efficiency with which factors of production, such as labour and capital, are combined to produce goods and services. “That is the job of management,” Eslake says.

Low unemployment has been a contributor to low productivity. “Productivity involves difficult decisions, such as sacking people and getting the remaining ones to work harder,” Eslake says. “Those employers who want to be seen as employer of choice don’t want to annoy their staff. Productivity is nice to talk about, and hard to get.”

The good economic times didn’t help either. Easy credit, high consumer spending, and a sense of largess underpinned by a competitive exchange rate and rising property, equities and commodities values kept the economy racing along. Even when the GFC hit, government “pump priming” kept the economy moving.

That’s changed. The economic rationalisation in Europe and America’s glacial recovery has focused leaders’ attention, says Garie Dooley, the chief executive of consulting company, Leading Teams Australia. “Leaders are asking, how can I get the best out of what I have left – a team that is still feeling motivated, still valued.”

But there is good news: leaders who have moved early to improve productivity are pulling ahead of their rivals, the Telstra study shows.

“Productivity leaders” are defined by Telstra as those who are measuring and making improvements to productivity. They are more optimistic, more innovative, and are investing more in infrastructure and technology than those who do not measure productivity – the “followers”, the study finds.

There are four clear areas of action in which productivity leaders outstrip followers, De Jong says. They invest in:

•             Information and communication technology (such as that provided by Telstra!)

They may not have the lead for long; the participants are actively raising the bar in the coming year. Of those surveyed, 87% say improving customers’ satisfaction in the coming year is their top priority, 80% place staff engagement at the top, and 79% will be improving productivity.

Eslake says leading companies should also pay attention to battling a “tidal wave of productivity stifling legislation and regulation, much of it designed to reduce the risk of being alive!” He points to airport security personal as an example of employees engaged in non-productive activities, compliance staff managing red tape in companies, and the people employed to “check if we can coach our daughter’s netball team”.

Leaders can spearhead the call for a return to fewer rules and laws, he says. “The head of British Airways has argued for an unwinding of the security measures at airports, but I haven’t heard Qantas argue that. Business ought to say: Let’s loosen up a bit.”

These measures would mitigate the factors that are more difficult to change – the exchange rate, the slow consumer spending and the falling price of assets and commodities.