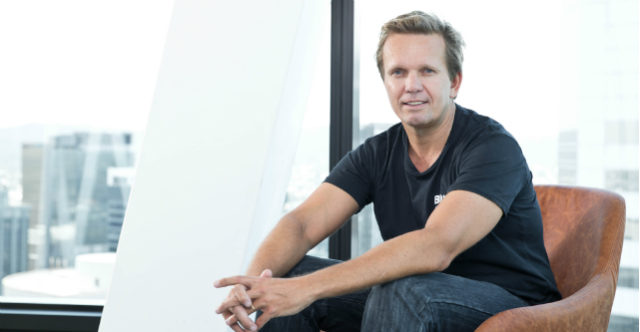 With ambitions to replicate the success of major startup ecosystems like Israel, Sowerby says the chief entrepreneur’s role will be to oversee all startup and entrepreneurial-related projects run by Advance Queensland

“The state government’s thinking about this, to have a chief entrepreneur from the private sector donating their time, is that you’ve got to have a really strong foundation and culture in force for that,” Sowerby tells StartupSmart.

The chief entrepreneur role is a $1.5 million two-year initiative coming out of the $24 million Startup Queensland program, and Sowerby will serve in the position for the next 12 months.

The announcement, made by Queensland premier Annastacia Palaszczuk, comes as the government looks to cement its positioning as a centre for innovation, business and high-growth startups in the country.

“My Advance Queensland agenda isn’t just about bolstering our world-class research stocks, it’s about translating those ideas into commercial businesses,” Palaszczuk says in a statement.

“Mark Sowerby is well known in the investment community for identifying opportunities and seeing them commercialised.

“This is an outstanding appointment that will help Queensland attract more venture capital and turn ideas into businesses and jobs.”

Sowerby will be working pro-bono to establish the chief entrepreneur’s office and ensure it is well resourced.

“I’d like to introduce a lot of benchmarking to ensure we know whether we are progressing or not, and to have a clearly defined strategy for Queensland and its specific strengths,” he says.

Sowerby, who recently retired from Blue Sky, says the opportunity will be a great way for him to focus his efforts on what he really cares about and can help with.

“Queensland has a great research capability, the gap for us is the development capability, making sure we’re taking things to market [and] are creating jobs.”

In line with this, Sowerby says he will be encouraging investors to capture some of the opportunities brewing across the state.

“The reality is the engine has already started, this is a 20-year journey to get to where we want to be,” he says.

By the end of next year, if he can achieve anything, Sowerby says he wants it to be this.

“The story of entrepreneurship and innovation in Queensland will be better told,” he says.

“In my view, it’s the most entrepreneurial state in the country but there are so many great stories that haven’t been told.”

Sowerby was appointed by a government-commissioned panel, which looked at a range of experts before landing on him.

SafetyCulture chief executive Luke Anear, who runs his startup from Townsville and was a key member of the evaluation panel, says they chose Sowerby for his impressive credentials as an international investor.

“In 10 years [Sowerby] has grown Blue Sky Investments into one of Australia’s top 300 listed companies, employing around 80 people on two continents,” Anear says.

“He knows how to harness venture capital investment to deliver real returns for clients – this is something that Queensland with its growing startup ecosystem can really benefit from.”